Jiyeon’s mini-album “NEVER EVER” has been put up for pre-order on SYNNARA and with that a tracklist and description of each song has been released!

Her mini will have three songs including the title track “1MIN 1SEC” produced by Double Sidekick, Ahn Youngmin-produced “Yeuido Cherry Blossom“, and Tenzo and Tasco-produced “Puppet“. The description for each song is listed below with the translations from transbot at Tumblr:

(Thank you to transbot @ Tumblr for the song description translations!)

On the 4th, Jiyeon’s agency Longzhen Entertainment stated, “Jiyeon will release a digital single, “One Day (원 데이)”, on the 22nd and will begin full-scale activities.” Jiyeon’s One Day is a medium tempo ballad and will be available on various music sites at 6 PM KST on the 22nd. *** Source: Naver 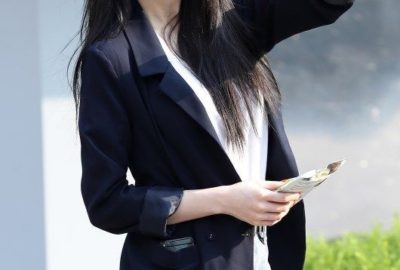 Jiyeon is making her return as a singer. According to multiple officials on November 27th, Jiyeon is currently preparing for a digital single comeback in December. The new song is a thank you to her fans, no broadcast activities have been planned. An official said, “Jiyeon is preparing for her next album.” Earlier, it was announced Jiyeon had signed an…