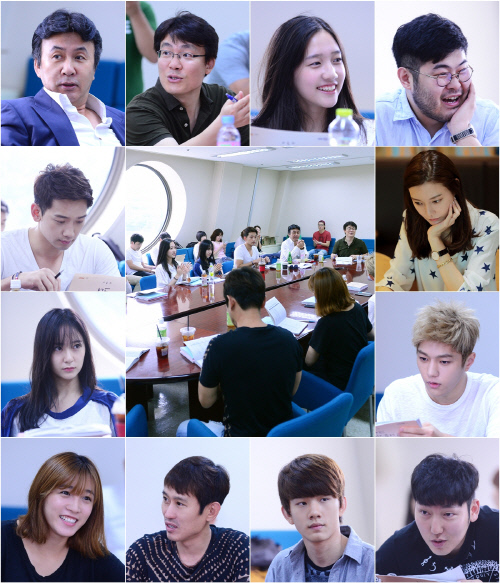 Dani cast in upcoming drama “My Lovey Girl” alongside Rain and f(x)’s Krystal! It’s been announced that our T-ara N4 exclusive member Dani has joined the cast of the upcoming SBS drama “My Lovely Girl”!

The above photo is from the first script-reading today where it was revealed Dani landed a role as a cast-member. She is pictured on the third picture in the top row and in the middle picture on the left sitting next to f(x)’s Krystal.

“My Lovely Girl” is about a music agency where Krystal’s character plays the lead, a girl who comes to Seoul to pursue a career in music after the death of her older sister. While in Seoul, she meets Hyunwook (Rain), who is her sister’s old love. Where Dani’s character comes to place in the drama isn’t yet revealed.

In addition to Dani and Krystal, other idols like Infinite’s Hoya and L also star in the drama. The other cast members include Clazziquai’s Alex, Cha Yeryun and Kim Kibang (who starred in “White” with Eunjung).

The drama begins airing September 17th on SBS! Are you excited to see Dani on TV again?