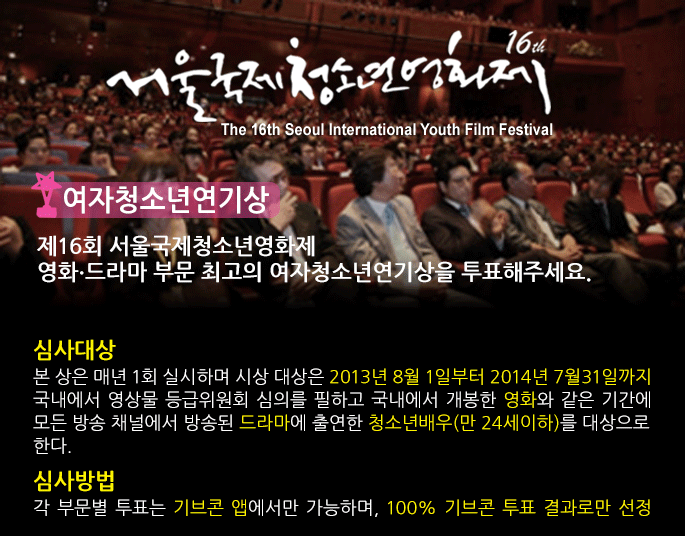 The 16th Seoul Internation Youth Film Festival is sponsored by several Seoul government entities like the Ministry of Culture and the Seoul Metropolitan Government. The voting system is only opened to locals in South Korea so it is quite a pity that international Queen’s like us can’t vote for Jiyeon. However, it is definitely a notable film festival that Jiyeon will be gracing! The picture below (taken from SIYFF’s FB page) shows a list of the other nominees as well.

Although we can’t show our support to Jiyeon through voting, I’m sure our spiritual and moral support would suffice for now. Let’s keep our fingers crossed for T-ARA‘s maknae!