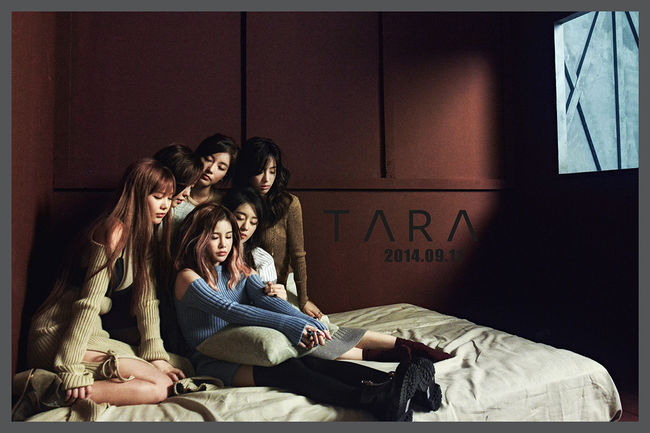 T-ara not yet decided on a title song.. Brave Brothers vs. Shinsadong Tiger T-ara has confirmed their comeback to be for September 11th, but according to OSEN, they are left in a urgent situation after they decided to reconsider which song to choose as their title track.

T-ara are moving forward with their comeback, but the title song is still not confirmed. They are in an emergency before their comeback schedules begin shortly.

They received two completely different styles of song as candidates for the title song – one with Brave Brothers and one with Shinsadong Tiger.

The Brave Brothers song is a unique dance track full of femininity. It has a fresh and exciting melody, but it comes with sad lyrics. The song could possibly be sexy and revealed exciting and emotional charms of T-ara. These types of songs have success in the long run on the chart.

On the other hand, the Shinsadong Tiger song is a little bit more risky. It has a heavy club-based sound followed by a powerful melody. T-ara’s best-known song with Shinsadong Tiger is “Roly-Poly” which had a cute concept, but this song has a completely different color to it. Either way, T-ara wants to abandon their cute concept and show a more fierce side of them on stage.

Core Contents Media will gather opinions on the two songs before their full-fledged comeback begins in a few weeks. It’ll be difficult to decide between either song because more and reportedly very good.

An official said, “It’s a very unusual situation to be in. We will utilize the reaction to each concepts and carefully review which one will have a better outcome for T-ara.”

Nonetheless, T-ara will still make their comeback on September 11th!

T-ara to stay away from sexy concepts with an authentic EDM comeback song on September 11th!
Next
Portal x Forum Integration: Use your forum account to log in!