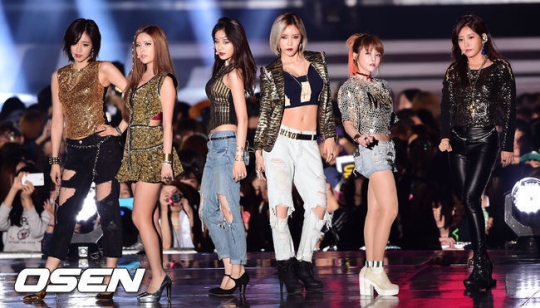 T-ara is to attend the finals stage at Malaysia’s coronation ceremony for Sultan Ibrahim Sultan Iskandar, performing 10 of their hit songs. A member of The Black Eyed Peas, Taboo, will also be making an appearance on the last day of the event to give a perfect closure.

On the 26th, organizers revealed the event is to be held after the ceremony, which will last for 4 days, from the 26th to the 29th.

T-ara is expected to be the main attraction of the event, to be held at Danga Bay, Johor Bahru. During this 4 days event, T-ara will be appearing on stage on the 29th, to perform 10 of their hit songs.

As a special mention, the local organizers are heavily promoting on the main guest performers T-ara and Taboo of The Black Eyed Peas. An official stated, “T-ara is already popular among the locals, hence the event this time round will be like a mini concert to them.”

On a side note, T-ara will be departing Korea on the 28th to attend this event.

Hello! I'm Elie, a Queen's from the sunny island known as Singapore. I hope to meet more Queen's from all around the world!