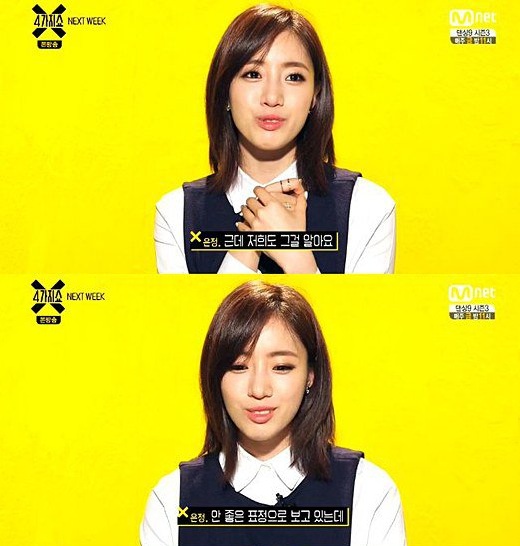 T-ara’s Eunjung to appear on MNet’s 4 Things Show… “Because we made a mistake, we endure it.”

After the broadcast of Kim Heechul’s episode this afternoon, a sneak peek of next week’s episode revealed that Eunjung will make an appearance on the show!

During the short preview, Eunjung asked, “we know that we’ve became transparent (to the public), but can’t they judge us again (give us another chance)?”

She also mentioned, “we can feel their hate,” and “it feels like we created a majority versus minority image (discrimination.)” Also, “because we made a mistake, we endure it.”

It seems like the hot debating topics of 2012 was touched upon, regarding ex-member Hwayoung and her leave. It is expected that many viewers will be paying close attention and concern to the show.

Eunjung’s episode will be aired on 28 April, 6PM KST.