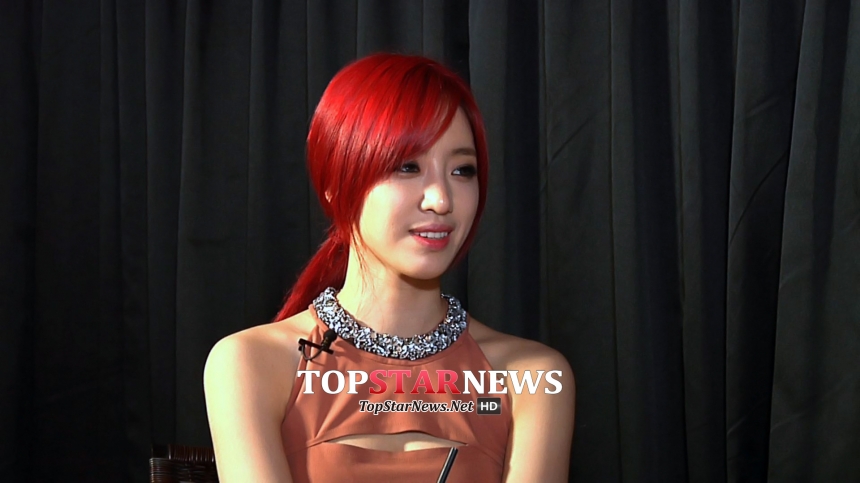 Debuting for 7 years with T-ara, and 20 years since as a child actress; the reporter asks Eunjung if she had a driving force in her entertainment life.

She expressed her honest opinions, “since my younger days, I started becoming more familiar with the life of an entertainer (as a child actress then as an idol). I thought of doing other things too but, I guess it slowly became natural to me like ‘this is my kind of job.’ No matter what, since my younger days, I guess things in the entertainment world changed like how I change my clothes.” Among all of T-ara’s hit songs, which song does Eunjung have the biggest affection towards?

Girl group T-ara produced many hit songs. From lively and cute songs to mature and sexy songs; they have performed many different stages. When asked about which song does she have the biggest attachment and affection towards, her reply was, “there are many songs but if I have to choose one song, it would be Roly Poly. T-ara’s charm was more significantly revealed with that stage; the choreography was made by musical choreographers so the song shows a different and interesting color (of T-ara).”

Eunjung also said, “I learned a lot about marriage life at We Got Married.”

A singer, but also possessing charms as an entertainer, Eunjung left a deep impression in the performing arts too.

When asked about her feelings towards the filming of ‘We Got Married’, her reply was, “I guess I learned a lot about marriage life. Since a year and a half was quite a long period of time, I guess just by looking at the facial expressions between my virtual husband and I, you would think that we had became husband and wife. However, we don’t have the feelings of being madly in love but we do have the feelings for each other as companions.”

If you are curious about Eunjung’s confession about “We Got Married,’ tune in to Arirang TV’s Showbiz Korea, airing on 3rd June 3rd (Wednesday) at 5PM KST.