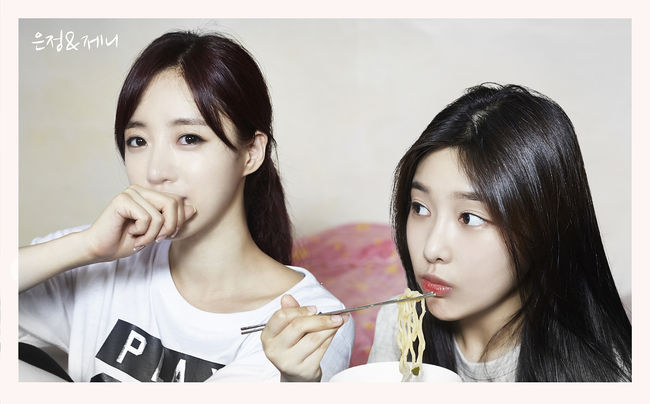 A new image from T-ara’s web-drama has been revealed featuring member Eunjung.

On the 20th, MBK Entertainment revealed a new image of Eunjung with Jenny who will be in T-ara’s web-drama “Sweet Temptation” (tentative title) as well.

Jenny is from the upcoming new girl group from MBK Entertainment and is confirmed as a member who will debut as a singer but also as an actress through the web-drama.

So far there has been posters for Qri-Jang Suwon‘s “Black Holiday” episode as well as Soyeon-Lee Jongmin‘s “Fantasy Girlfriend” episode. More info on Eunjung’s will be released at a later date. On the 7th, T-ara held a press conference in Hong Kong which collected a lot of interest.

“Sweet Temptation” is the name of T-ara’s web-drama which will have six episodes – each starring a different member with a different story. In addition, they will release several OSTs for the drama.

T-ara to hold press conference for ‘Great Chinese Tour’ tomorrow
Next
Boram shares her stories about her family, T-ara, herself and much more in an interview with BNT