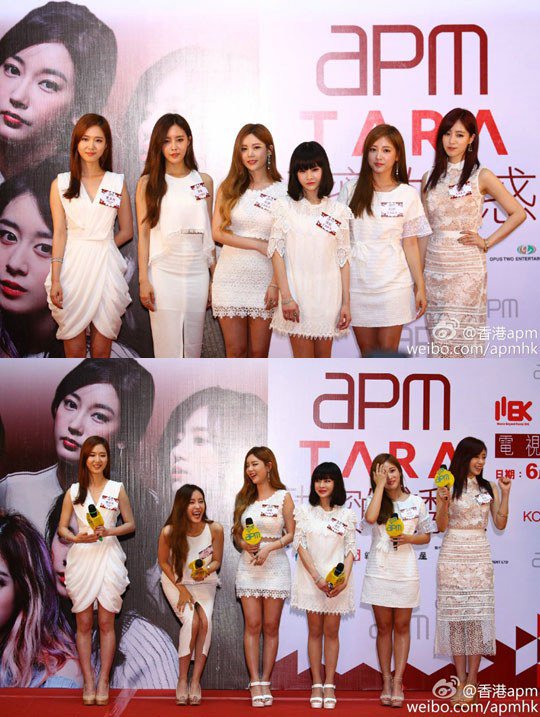 On June 7 yesterday, T-ara held a press conference for their web drama at an APM, a large shopping mall in Hong Kong.

T-ara received a very warm welcome and displayed a beautiful image on stage. Seunghee, another MBK artist who will be featured in the web drama as well, also attended and drew attention. Jiyeon is currently in the midst of filming for Korea-China collaboration movie, ‘Encounter’ so was unable to attend.

On top of the casting of T-ara’s 6 members and 6 male actors for their web drama, each of their episodes will be produced based on 6 different stories. 6 different OSTs will also be recorded for each drama as well.

Meanwhile, a day before T-ara’s press conference (June 6), T-ara received the Asian Idol award at the Hong Kong Youth Music Festival, once again bringing about the Hallyu trend as a dignified girl group.