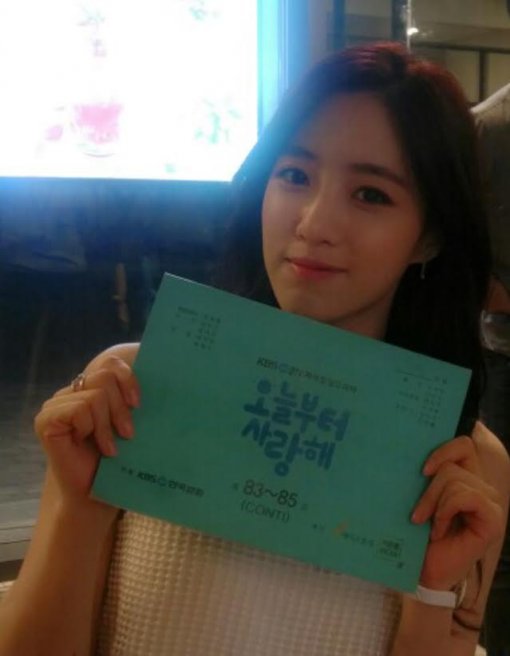 T-ara’s Eunjung has been cast in a lead role on KBS 2TV’s daily drama I Love You From Today. Eunjung’s close friendship with producer Choi Jiyoung is one of the reasons for her special casting on the KBS 2TV’s daily drama. Eunjung will be taking the role of Min Chaewon, one of the main characters in the second half of the drama. Eunjung has finished the first round of filming on the 18th.

Eunjung’s character in the drama is a confident, free-willed, straightforward and cheerful gynecologist. Although she has an unrequited love relationship with her university senior Kang Dojin (Park Jinwoo), she has a very opened mind about love. In the drama, Eunjung, along with Kang Dojin and Yoon Seunghye (Im Semi) will be involved in a very exciting and climatic love triangle.

Following her casting in KBS’s ‘Dream High’ in 2011 as Yoon Baekhee, Eunjung will be back on KBS’s screen after 4 years. Eunjung expressed her heartfelt feelings, “I’m very happy and motivated. Because the role that I’ll be taking in the drama’s second half will be a very key character, I’m even more motivated and I hope that I’ll perform well.”

Meanwhile, as a member of T-ara, Eunjung is also preparing for a group comeback. T-ara will be having their comeback on the first week of August, a break of almost a year since T-ara’s previous comeback.