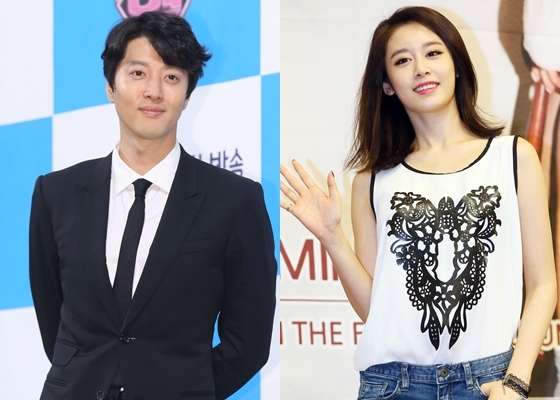 On the 3rd, a Chinese fan uploaded an intimate picture of Jiyeon and Lee Donggun showing skinship at a restaurant with staff members from the movie “Encounter”. “Encounter” is the Korean-Chinese movie that Jiyeon and Donggun have been filming since May together and slowly they developed a crush on each other. According to a source, the two are not scared to show their affection for each other after the movie filming process.

Lee Donggun entered the entertainment industry in 1998 as a singer but since then he has been popular as an actor in various dramas and movies including “Lovers in Paris”. Jiyeon began appearing in the industry during 2007 but debuted as a singer in 2009 as a T-ara member.