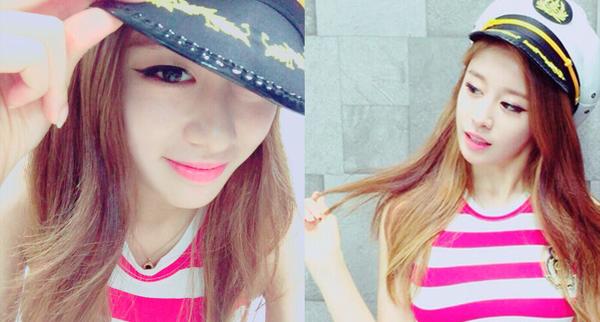 Ahead of T-ara’s comeback there has been a struggle with whether to comeback with Brave Brothers produced song or a Shinsadong Tiger produced song.

It has been a tough decision to decide which will better suit T-ara this summer for a title track but in the long run, Brave Brothers was chosen. The title track will be called “Completely Crazy”. This is the first time T-ara has worked with Brave Brothers as a group. Last summer, Hyomin released “Nice Body” which was produced by Brave Brothers.

There has also been two selca pictures of Jiyeon released that are making fans wonder if the concept will be marine or sailor!

Shinsadong Tiger competed his song “1, 2, 3” with Brave Brothers for T-ara’s title track but instead it is expected to be released on T-ara’s Chinese album later.

“Completely Crazy” is a cool and exciting summer dance song with a funky brass instrumental.