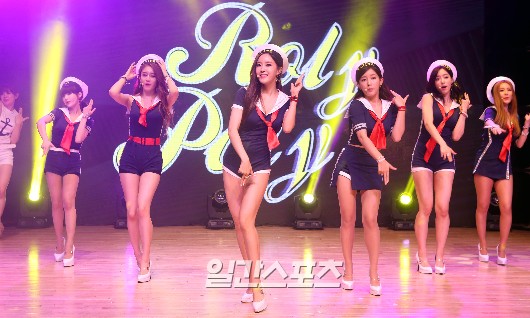 A detailed analysis of T-ara’s immense popularity in China

T-ara’s immense and unparalleled popularity in China is quite different from their situation in South Korea. Chinese fans value T-ara very dearly and Queen’s are in an intense competition with Beyonce’s fans in the US Billboard’s ‘Fan Army Face-off 2015.’

In this international fan army face-off, the Chinese Queen’s contribution cannot be dismissed in the Queen’s overwhelming lead. Because of the controversy that T-ara was involved in, they received negative comments from their locals and also find it hard to maintain their popularity overseas. However, T-ara have always been the top in China, be it album sales or music chart rankings. Therefore, this article will be analysing the reasons behind T-ara’s immense popularity among the Chinese fans.

Step 1: T-ara’s press conference in October 2014 regarding advancement into China

T-ara’s official advancement into China for activities was on October 13th, 2014. T-ara’s members expressed the goals they wish to achieve during their Chinese activities. However, T-ara already had the love and support of Chinese Queen’s beforehand. Through their showcases and concerts in China in 2013, they had shortened the distance between themselves and their fans.

T-ara had attracted about 100 different media outlets to their press conference. They even appeared on variety shows hosted by China MTV and were interviewed by many media outlets.

Step 2: Collaboration with the “Chinese PSY” in November 2014

The Korean version of ‘Little Apple’ was sitting on the #1 spot for 16 consecutive weeks and the MV managed to get 500 million views, making it the most popular song in 2014. Step 3: The secret behind maintaining the popularity – releasing Chinese versions

Whenever T-ara releases a Korean song in Korea, they will also release a Chinese version. This allowed both T-ara and their fans know that they think of each other, and creates an emotional connection. This is one of the secrets behind maintaining their immense popularity.

Starting from Number 9, till Eunjung’s solo recently, and finally the current So Crazy, T-ara would release Chinese versions of their title songs and even Chinese MVs.

T-ara’s popularity is closely linked to their catchy songs that captivated the hearts of Chinese Queen’s. By producing Chinese versions, they are able to capture the fans’ hearts. Combined with easy sing-along verses, addictive tunes etc, T-ara’s songs enjoy great popularity in China. The effort to release Chinese versions of their songs touched the fans’ hearts, increasing their fondness of T-ara.