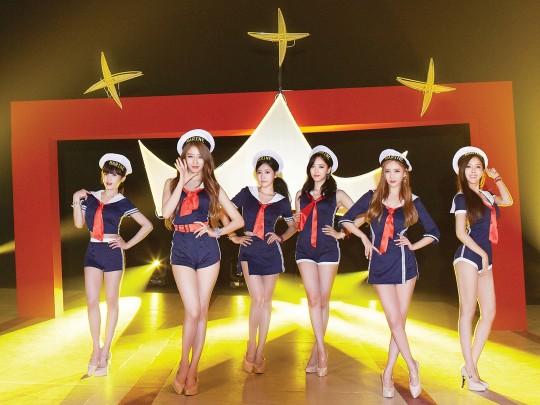 T-ara had just released their 11th mini album ‘So Good’ on August 4th and performed their comeback stage with their title song ‘So Crazy,’ which kick-started their lively and energetic schedules.

Having their full-group comeback after a break of about a year, T-ara received a lot of attention from not only Korean fans, but also Chinese. To repay the fervent support from the Chinese fans, T-ara have decided to release a Chinese version MV of ‘So Crazy.’

T-ara have even prepared a special greeting message for the Chinese fans in the opening of the Chinese MV. The MV will be released today (August 12th) at7:30 PM KST and can be viewed through MBK Entertainment’s official home page and YouTube channel.

T-ara to hold press conference for web-drama on the 13th!
Next
Koh Nayoung releases “Sweet Temptation OST Part.1” with a trailer for Eunjung’s episode