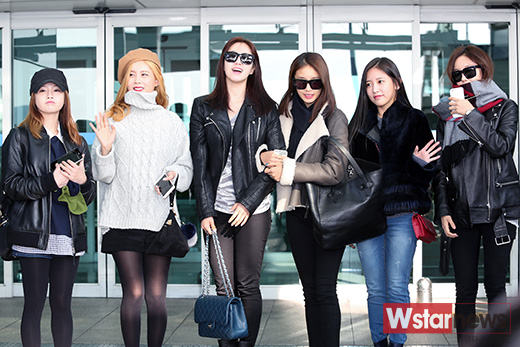 T-ara as a trending girl group in China, plus to appear large-scale Spring Festival Gala

Girl group T-ara is really hot within China, no one can compete with them. Combined with a strategy to localise T-ara’s image, they are also apparently becoming a trending girl group.

T-ara had previously released a remake of China’s Chopstick Brothers’ song Little Apple. Ever since then, they received a love call from China and officially debuted. They appeared and performed on various TV programmes. This resulted in T-ara quickly becoming a group with a strong competitive advantage.

T-ara drove up the atmosphere further by having a China Tour, holding concerts in various cities. Members took up roles in dramas and even movies, receiving a lot of attention. Extraordinary beauty, exciting music, upbeat choreography etc, T-ara is becoming a group that is more familiar than distant to Chinese audiences through their various activities.

Other groups are temporarily promoting their performances and events, but T-ara is having a lot schedules that are actively taken up by their Chinese agency, be it individual or group activities.

However, T-ara have moved to an even bigger scale agency this year. Wang Si Cong, son of one of the wealthiest man in China, set up a new media agency Banana Project and signed a contract with T-ara, who can expect to receive numerous contracts in China according to local Chinese news reports.