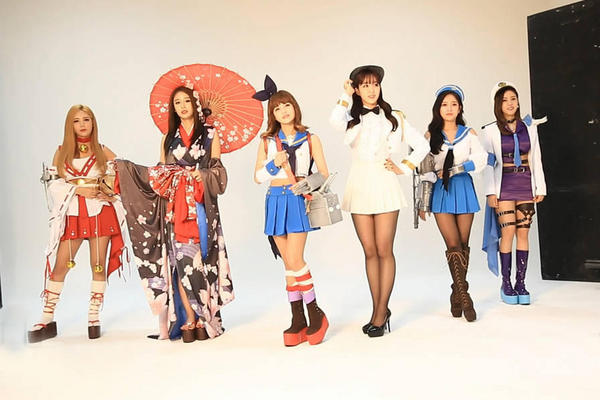 T-ara released their Chinese soundtrack for World of Warships which they are endorsing and are the ambassadors of. They received a lot of shares from fans which created a lot of discussion on the Internet. Most of the comments towards T-ara’s first official Chinese song gave recognition to T-ara’s effort. Some netizens even said that their song aroused interest in the game, especially when the Chinese language is supposedly one of the most complicated language in the world.

Some of the comments include, “for a few Korean girls to sing a Chinese song at this standard, they must have put in a lot of effort. Thumbs up for you, wish you success in your Chinese endeavours,” and, “the song sounds pretty good, they quality of the game that T-ara are ambassadors of is a high-quality game too. I’m quite interested in the game and T-ara,” and many more.

Nevertheless, there are a few “black fans” (sceptical or anti-fans) who gave a few negative comments such as, “I don’t think their outfits give off an appropriate sailor/navy vibe,” “having male celebrities as ambassadors would seems more appropriate.”

However, some netizens pointed out that T-ara is one of the most influential K-pop group and have a young fan base – T-ara are the “divas/goddesses” of many 90-liner males. The game provider must have gone through a lot of consideration and planning before deciding to engage T-ara as their ambassadors. There must be a reason why they chose immensely popular T-ara over other Chinese celebrities. Only time will tell if T-ara’s future plans in China would succeed.

T-ara as a trending girl group in China, plus to appear large-scale Spring Festival Gala
Next
T-ara to appear on Chinese variety show ‘The Brain’ alongside Jay Chou