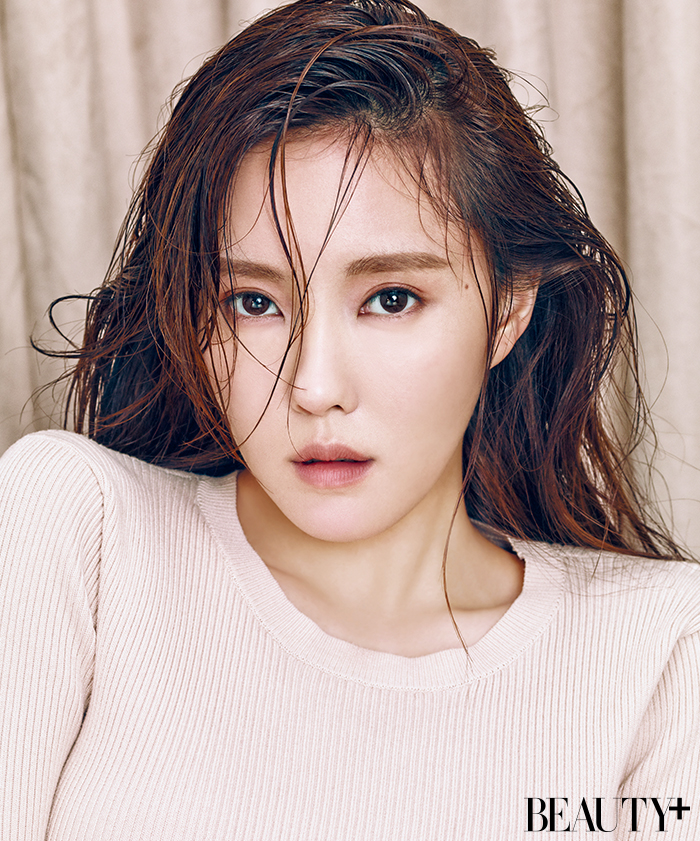 When you look at Hyomin’s instagram, you will get to know a lot about her. The fact that she’s close with SNSD’s Yuri, has baking as one of her hobbies, and that she takes much interest in pictures and drawings. Also the fact that she watched the movie <Carol> a while ago. “I will watch <Carol> two more times. The movie was so good! I actually cried a little!” That’s not all.

You will also get to know that T-ARA’s ‘Sexy Unnie’, Hyomin, loves wearing training suits, prefers wavy hair styles, and so on of her trivial preferences and likings. Lately, her second solo album, also known as ‘HYOMIN VOL.2′, is catching lots of interests. She filmed her album jacket in Jeju pulling off a purple bodysuit and a wet hair style, giving off a sexy mood. She’s still recording for her album that’s to be released in mid-March. She had warm water to relieve her hoarse throat then sat down. She explained “The recording doesn’t seem to finish. Because I keep getting greedier (for better music).”

We heard that your second solo album will be released in mid-March, what kind of music will you provide this time?

About half of the album consists of slow-tempo songs. There’s also other music genres that I’m trying for the first time. What I’m quite sure of is that this album is based 99% on my own taste. Usually, when you produce music, you first decide on the title track, choose other album tracks that fit with it, and lastly you choose the stage and album concepts that fit with the music. For me, I did the opposite of that. What I decided on first was the stage and album concepts. What first came to my mind was the the picture of what I wanted to express on stage. I later filmed the album jacket matching with that mood. After that, I picked out songs that, again, match with that mood. I received lots of good songs but I also missed on many of them. Because rather than songs that give off a ‘good’ vibe, I focused more on music that suit the performance atmosphere I had on mind. While Producer Ryan Jhun’s song is the title track, other album tracks include songs from DQ who composed Beyonce’s ‘Hello’, songs from August Rigo who produced Justin Bieber’s ‘U Smile’ and Chris Brown’s “Back To Sleep’, and also a song from B2st’s Yong Joonhyung.

We’re very curious about what kind of performance you will provide!

I wanted to show a musically mature side to me. During my first album I focused on providing a ‘new side’ to me. I wanted to show a newer side to me that I haven’t been able to show during group activities. However, while promoting my solo album I rather started feeling a lack of self-confiedence. I thought ‘Did I get a bit too greedy?’. While preparing for my album this time I thought the most about ‘what kind of performance am I good at’.

So did you come to a conclusion? What kind of performance are you the most confident in?

Although singing skills and a perfect performance are important, I realised that I should have music that I’m good at expressing. You’ll get to know once my solo album is released. It’s a secret for now!

We heard that you personally cast the producers, composers, photographer, etc for your album?

Yes, for my first solo album I received lots of help from Brave Brothers. He not only suggested for me the music style, but also the MV, fashion, hair, makeup, and concept. I learned lots of things at the process. I also got to know how to make the music and performance that I want to do. For my second solo album, I wanted to voice out my opinions more.

We’re very curious of the fashion, hair, makeup, and concept of your second solo album.

My style, you can call it a concept that shows ‘Hyomin’ as is.

Your toned body is a hot topic. What kind of efforts are required to maintain sexy thighs, muscles, and a slim waist?

I think a woman has to have some volume in her thighs to look sexy. However, thighs that are voluminous as a result of muscles from exercising and thighs that are voluminous as a result of gaining weight are completely different. At the fitness centre, I follow a program that mainly focuses on lower-body exercises. I do power exercises that focus on legs and thighs. I also pay attention to exercises for my back. However, a slim tummy and a small waist depend more on diet than exercise.

Are you usually the type to control your meals when dieting?

Of course. However, doing a diet therapy consistently for a month is not easy. That’s why I don’t diet for over than 2 week. I’m the type to go through short diets when I have important things ahead of me. I can’t go through long extended diets. I like drinking with my friends, like having drinking snacks, and love yummy food.

How do your meals change during a short diet?

I would stop having snacks and change my meals into healthy ones. I would stop eating rice. I would instead carry with me sweet potatoes, corn, eggs, and fruits and then eat from them as much as I want when I’m hungry. Once, I ate too much that I started worrying ‘will I not gain weight at this rate’. Nevertheless, continuing on this diet has helped my complexion lighten up. Shall I say that I start to feel the effect of detox. It’s also good for bowel movement, haha. For sure, I’d start feeling my body getting healthier. When I feel that I’m really hungry I would eat half a bowel of rice. I would also fry salted vegetables and then have them as a side dish.

There’s nothing much left until your comeback. Are you going according to this diet lately?

Honestly, until a year ago, I used to be sensitive when it comes to diet. Lately I became more free. Because I wouldn’t look pretty when I’m too skinny. I’d try to balance myself with the other members during group activities, I’m afraid I might look chubby by myself amongst them. However, during solo activities. my worries about dieting has disappeared since I stand on stage alone. Lately, instead of dieting, I’m trying to change my lifestyle into a healthier one. I try to eat as much healthy meals as yummy ones, and I walk the 30 minutes distance to my house by feet. Except during really cold winter or really hot summer. That’s why I usually tend to wear running shoes the most. I also do stretching often during my spare time.

Have you tried imaginging the 30 years old you? What kind of image do you want to have by then?

Trustworthy enough for any given task! I want to be a person who does well at anything. I think professionalism is the most beautiful look to both men and women. I also hope to become a professional person.

Other than singing, is there any other field that you’re interested in trying?

We will be able to see you on TV often during the first half of the year, right?

Yes, my second solo album will get released on March. I worked hard enough to tell you to ‘look forward to it’. I will be thankful if you praise me and would like if you point out what I’m lacking at, so I hope that you give my music a listen. I think I will be able to show you my acting too soon so please wait a little longer.