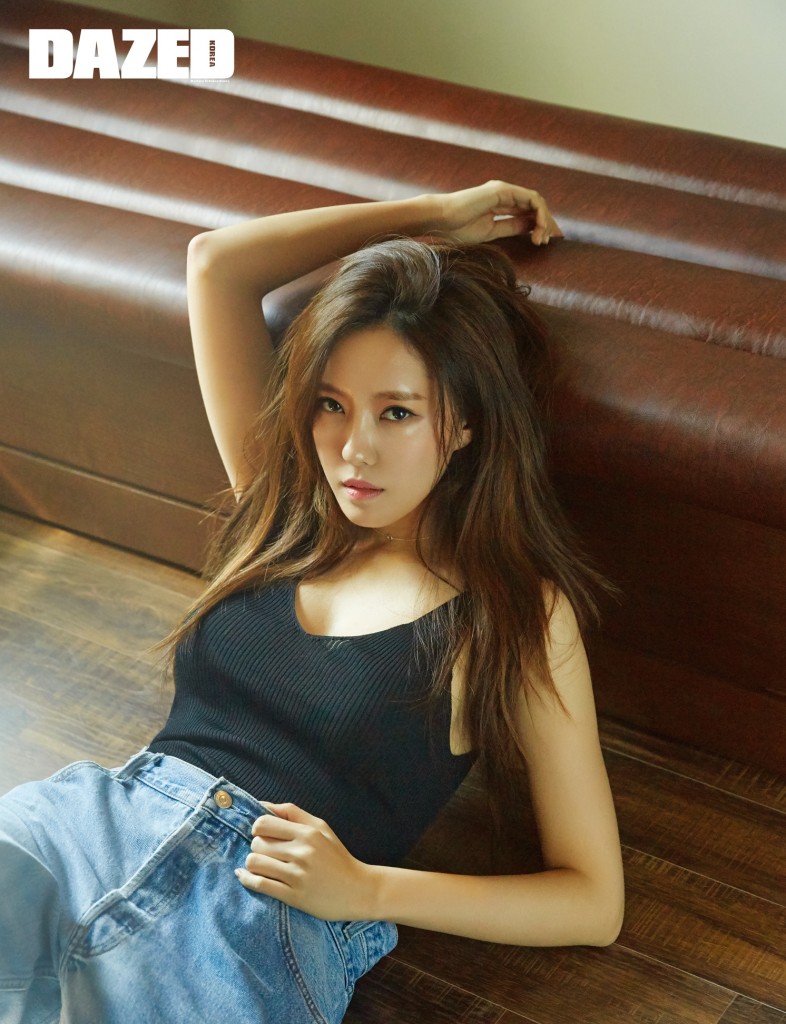 There’s one week left until the release of your second album (when the interview took place), how do you feel?

It’s an album in which I had enough time preparing for and really prepared hard for, more than any other album before. It’s to the point where I want to show it to you right now. I’m excited and anticipating.

It’s nice seeing you confident. We’re already full of anticipation just by watching your teaser and jacket photos, we’re curious about what kind of music will you be showing.

It’s a really different style compared to the music I’ve showed up till now. The album is full with the music genres I like, it’s based off the pop genre but also has some electronic elements, it’s hard to describe the album with just one genre. I’ll let you listen to it later.

We’re honored! We heard that outstanding people participated in your album such as Ryan Jhun who produced for EXO, SHINEE, Red Velvet, DQ who composed Beyonce’s ‘Hello’, August Rigo who produced Justin Bieber’s ‘U Smile’, Chris Brown’s “Back To Sleep’, and One Direction’s ‘Gotta Be You’.

It’s been an honour to work together with such solid people. Most of them live overseas so I met personally with only two of them. After the album finished, they praised me saying I sang well which made me feel proud.

We heard that you locked yourself inside the recording studio for few months.

Yes, at first. I’ve been in charge of everything including the chorus this time. I think I stayed in there for almost 50~60 hours every time. When recording as a group in T-ARA, not only our parts are short but we’re also always pressed for time due to our schedule. But for this time, I stayed in there for long hours and recorded over and over until I liked the outcome, I also shared lots of talks with the producers while recording, it took a long time but was fun and remained as a good memory.

We’re curious, was there any special reason for you to devote yourself this much?

This might sound a little funny, but I wanted to show that I’m a person with lots of passion and greed in singing. That’s why I also practiced a lot. Of course, the performer side to me is also important, but through this album I wanted to show the vocalist side to me too. Ah right, the album contains two self-composed songs. I think you can look forward to it.

We heard than you not only composed the songs but also participated in the visual directing of the album. Looking at your instagram, you seem to have lots of interest in art.

I’ve always liked looking at and making visual things. It’s probably because my parents major in art, but I grew up playing with art tools since I was young, so it influenced me. For this album, I personally picked the concept while picturing the kind of performance I wanted to do. While looking up the internet, I analysed the image people have of me and then sketched the image that people want to see me doing the most. I hired the photographer, MV director, and stylist who usually know my preferences the best and vice versa, then we held a meeting to discuss our ideas, after that we went ahead with filming the album jacket first. Actually before finishing the title track ‘Sketch’, I first made a visual map and then worked on it inversely.

A process in which you first create the visuals and then create the song inversely, what a fresh idea!

Our company thought it was absurd that I filmed the album jacket even before making the songs, but it resulted in an album that matches with the image I had in mind so everyone was satisfied eventually.

If I had to do it because someone told me to do it, I wouldn’t have done it like this. (laughs). I wouldn’t do it if I was told to.

This year, you’ll get into your 8th year since debut. How does it feel to live as a girl group? You must have lots of worries and thoughts, right?

Being in a group, by itself, is like always being in an invisible contest. Watching a program like <Produce 101>, the members have a fierce rivalry between themselves. But that’s all a friendly kind of rivalry. Because they work more diligently with each other. It sounds vague to express it as ‘rivalry’, but regardless, a development starts taking place in there. However, to be in such environment causes a fundamental stress. Nevertheless, since I fortunately have an optimistic personality, I’m the kind to cast aside hardships positively.

We think that’s why you get to develop your own identity. Ah right, we heard that T-ARA’s popularity is huge in China and other Asian countries.

We always say this amongst ourselves, but we think we really have great luck. We’re not just saying this to sound humble. Our Japan activities and China activities were both just in time with the K-pop craze over there.

You have a fan-meeting in Vietnam tomorrow, right? You do lots of overseas activities, so now you don’t have any places that you haven’t gone to already.

There’s really no country that we haven’t gone to already, but since we always only stay in the hotel, the street scenery we see on our way from the airport to the hotel is all we get to see. It’s really a pity. I’m planning to go on a trip by myself when I have time. I love taking pictures and collect lots of cameras, to the point where I have a camera refrigerator at home. Now I want to try going around taking pictures with my camera.

When we say Hyomin, the word ‘Nice body’ comes to mind. Do you have a secret to maintaining your toned body?

I’m the type to gain weight when I don’t pay attention to my body. Once I used to relieve my stress by eating and ended up gaining 8kg. To think of it now, there’s really no diet that I haven’t tried already. I tried exercise, diet therapy, and detox but now they’re definitely less effective than before. That’s why I try to do exercise as a fun sport now, and I’m improving my daily habits. Rather than doing it obsessively, it’s important to have a balance. If I feel that I ate a lot today, then I try to eat less tomorrow. I take care of my body by making the amount of food intake proportional with my movement.

I think that’s a good method for your body. Do you have any artist as your role model? I personally hope you continue to show us your experimental performances even after you hit 60s, just like Madonna.

That person is a living cultural treasure (laughs). I actually have lots of foreign artists that I like, but I think in our country, there’s not much fields which I can do. This might be an excuse but there are many things that I ended up giving up on after thinking “Aye, how can I do that in our country.”

We hope you can slowly break down (that prejudice).

I put in a lot of efforts this time to break away in my own way. I hope guys can enjoy it.

If you weren’t a singer, how do you see yourself doing?

I’m very energetic and I like trying out different things, so I’d probably be doing another job that has to do with art. I lately have lots of interests in videos and visual directing so I’d love to try producing. Directing and taking responsibility from start to end while preparing for this album was more fun that I thought.

It suits you well. What about your future plans?

For the meantime, I have to focus on my solo activities and T-ARA’s overseas activities. We definitely enjoy working more than resting. We know well that this time is very important to us so we don’t even have time to complain saying it’s tiring.

You must be enjoying your every day.