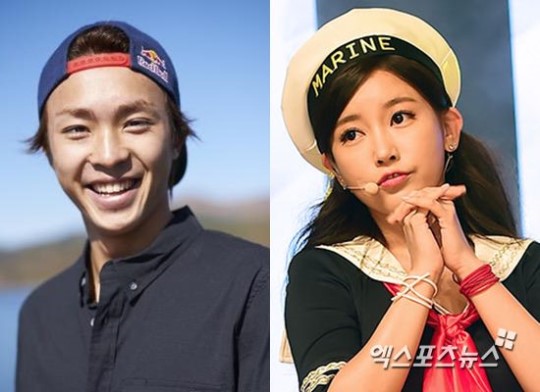 Earlier in the day, rumors spread claiming Soyeon was dating professional wakeboarder Shota Tezuka. T-ara’s agency MBK Entertainment’s representative revealed in an official report statement, “Soyeon and Shota Tezuka have a friendship that started 3 years ago. Since early to mid-August, they’ve been slowly opening up their hearts and developing their friendship into a so-called ‘some’ relationship.”

It was also made known that Shota Tezuka and Soyeon shared a common interest in wakeboarding and started getting closer through the sport.

On another note, Soyeon had broken up from her 6-year relationship with Click B’s Oh Jung Hyuk at the start of July.

Note: “Some” relationship is a Korean slang that refers to an unofficial dating relationship where two people are interested in one another, been to several dates or so but haven’t officially decided to get together as a couple.