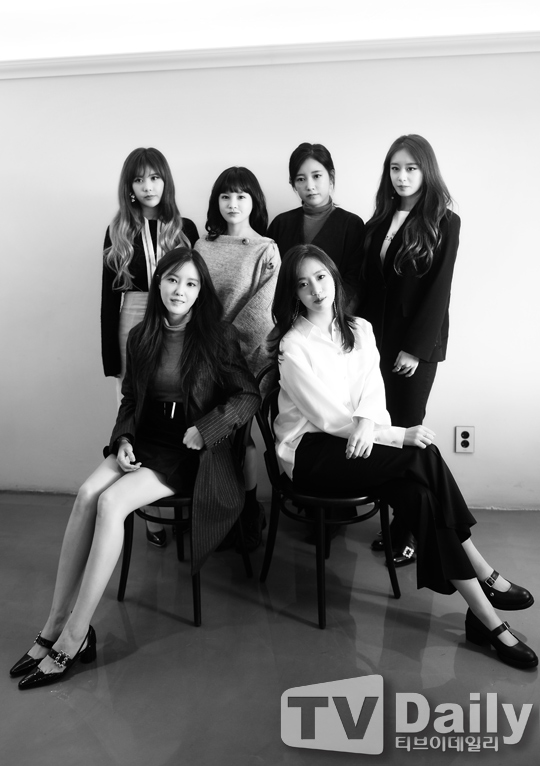 T-ara talk about having panic attacks, “they must have hit each one of us at least once.”

Considered to be one of the top idols in terms of ‘extreme mental strength,’ T-ara revealed their honest thoughts about ‘psychological health.’

T-ara revealed their thoughts in an interview with TV Daily in a certain area around Yongsan-gu, regarding the recent complaints from various idols about panic attacks. They said, “we’ve all been hit at least once (by panic attacks) too.”

Since T-ara’s debut, they’ve had non-stop activities, music shows, variety shows, dramas and movies, etc. and did not even rest. In 2012, because of a conflict and malicious comments that arose, their image took a huge hit. Since then, T-ara have became the main target of hate comments and verbal abuse, receiving a great deal of psychological pain. In a period of 7 years and 4 months (since their debut) in total, they’ve had to put up with that for more than 4 years.

Recently, even though the sort-of trending ‘panic attack’ word is spreading among idols, there are still strong and hateful contents in the responses and comments. In reality, T-ara members confessed in interviews with broadcasts and the media, “we’ve come to have extreme thoughts. Actually, we’ve had people in our family who were diagnosed with mental illnesses.”

With regards to this, Eunjung said, “I don’t think we were used to the word ‘panic disorder’ at that time. That’s why we just promoted without really knowing what condition we had. We promoted while having a disorder. When we look back, there were times when our mentalities were in really bad conditions.”

Jiyeon said while laughing, “we were all the same (having panic attacks) so we couldn’t know any better.”

Hyomin added, “I didn’t have any thoughts of getting better or avoiding it. Didn’t I just have to accept it? Not only that, when we made mistakes, we should reflect on ourselves and tell ourselves to do better the next time. All 6 of us had that mindset.”

Soyeon said, “all 6 of us were like that. We’re the type who just accept it. A really long ago, we had conflicts with our companies when discussing about concepts and stuff too. We had the mindset that this was beyond our capabilities and willpower that we could never do it. At that time, all 6 of us went to talk to a lawyer. But someone said, ‘but no matter what, we can do it all,’ so we went ahead to just accept it like that again.”

Hyomin added, “it wasn’t all bad in 2012. We beat ‘Park Taehwan silver medal’ on the real-time search ranking and got first place. But 4 years has already passed and Park Taehwan is on the top rankings of search results again. It’s been 4 years. We’ve survived the tough and difficult periods. Our moods are strange and curious. We want to tell ourselves, ‘you’ve been through hard times.’” Eunjung said, “looking back at those days really make our moods feel strange.”

T-ara’s new song TIAMO holds the meaning of repaying the fans’ love
Next
T-ara on Kim Kwang Soo, “he is our immediate leader, we re-signed twice.”