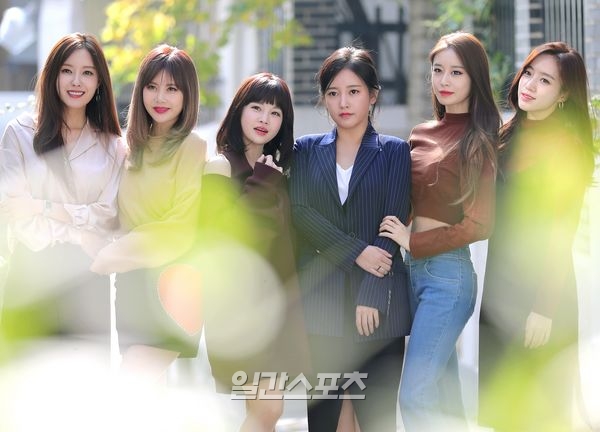 Girl group T-ara is making a comeback. All these while, T-ara has made comebacks with kittens, robots, Native Indians, among many other special concepts but this time, it’s different. They are back with a soft song to repay their fans’ love.

Recently, T-ara met up with reports at a cafe in Itaewon, Seoul. They explained their new song TIAMO by saying, “it’s the first time we thought about how to show a prettier side. We were focused on our past concepts but this time, we thought that we should use a pretty concept.”

Jiyeon said, “it’s a concept that we wanted to do all all this time. I think we can show a beautiful girl group image.” Soyeon explained, “our CEO’s personality is like that and has been searching for something that others have not done yet. So our fans should look forward to T-ara’s transformation and not miss out on this. TIAMO is a song with a concept that T-ara has never done even once yet.”

Hyomin said, “frankly speaking, others have done almost all kinds of concepts so we were worried. But we are not looking for any sort of success or results with our upcoming song. We’re doing this to have a closer interaction with our fans.” Eunjung said while laughing, “we did this while feeling apologetic and hesitant, thinking that can T-ara do this? Anyway, we prepared this with a heart just hoping that our fans will like it.”

English comments on news portal sites, those are NOT part-timers! They are words of thanks
Next
T-ara talk about having panic attacks, “they must have hit each one of us at least once.”