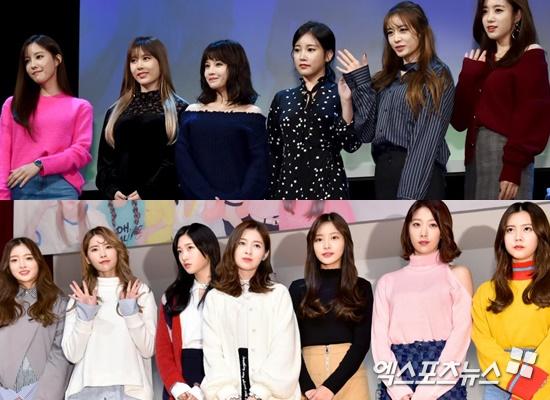 Initially, DIA was supposed to produce the music and compose the lyrics for the song “20090729”, which will be in T-ara’s final album as a gift. However, the agency decided that DIA will not do it.

MBK representative said, “T-ara is very grateful for DIA’s really beautiful heart but because it’s T-ara’s last album and it means a lot to them, T-ara wants to produce the music and compose the lyrics themselves. T-ara and DIA are thinking of each other and will protect each other warmly.”

T-ara will release their final album as a full 6-member group. This album is expected to be produced and composed by T-ara themselves.

T-ara will be having their last activities in May. Boram and Soyeon will be leaving the current MBK Entertainment after 15th May while the rest of the members will stay till end of December this year.

Initially, DIA was expected to personally produce the music and compose the lyrics for one of the songs named “20090729” in T-ara’s new album this May. The song has a special meaning because T-ara debuted on 29th July 2009 and because by producing the music and composing the lyrics were DIA’s way of showing their respect and love towards their seniors, T-ara, it garnered a lot of attention.

However, this resulted in a conflict between the fandoms of both groups and put MBK Entertainment in a tight spot. So MBK decided to cancel DIA’s participation in the lyrics composition.

An MBK representative explained, “DIA wanted to produce music for T-ara as a gift after positive discussions but unfortunately, DIA was recently pulled out of the lyrics composition. But the song “20090729” will still be included in the new album. DIA will collaborate with an external music producer and participate only in the music production while the T-ara members will personally compose the lyrics. T-ara will be personally writing their own stories (in the lyrics).”

The sudden change of plan regarding DIA not participating in the lyrics composition was because of T-ara’s careful consideration. T-ara thought of their juniors DIA, who could get hurt from some of the fans’ protest and backlash, and made this brave decision. The representative said, “T-ara is thankful for DIA’s beautiful hearts. But T-ara thinks that DIA will be hurt by the negative reactions so the T-ara members decided to personally compose the lyrics themselves.”

Meanwhile, T-ara will be having their last activities in May. Boram and Soyeon will be leaving the current MBK Entertainment after 15th May while the rest of the members will stay till end of December this year.

DIA is preparing for their comeback next month. They recently finished the shooting in Japan for a new album’s jacket cover and filmed for the music video. DIA is expected to produce their own music for the new album.

Kim Kwang Soo leaves a message for T-ara, “thank you for enduring through the scandal.”
Next
Hyomin, “Bullying Incident? It was a long time ago and we’re not affected by it anymore but we felt burdened.”