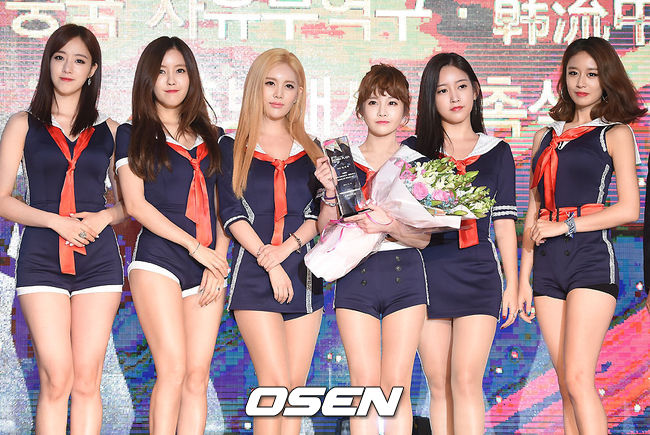 T-ara to hold events in Japan and SEA, mini concert and fanmeeting in Korea in June

T-ara is planning to end their full 6-member group activities with a mini concert and fan meeting in June. Soyeon and Boram, who will be terminating their contract on May 15, 2017, will be included as well.

T-ara is planning to promote as a full 6-member group for 3 weeks in late May 2017. In June, they are planning performances in Japan and Southeast Asia for overseas fans as well.

It is expected that they will have a mini concert and fan meeting for Korean fans too. It is not a for-profit performance but made with a heart to have one last farewell performance with their fans.

According to MBK’s official statement, “Boram and Soyeon will terminate their contract in May 15. Qri, Eunjung, Hyomin and Jiyeon decided to renew their contract till the end of Dec 2017.”

After much consideration, Boram and Soyeon decided not to renew their contracts. But after successful persuasion from the other remaining members, they will bid their farewells to fans as a full 6-member group in June even after their contract termination.

Eunjung will be appearing in the drama, “Daughter-in-law of all sorts”, Jiyeon will release a solo album, Hyomin will go overseas for activities and Qri will have personal schedules through 2017.

Soyeon and Boram will not renew their contracts, remaining members extend till December 2017
Next
Kim Kwang Soo leaves a message for T-ara, “thank you for enduring through the scandal.”