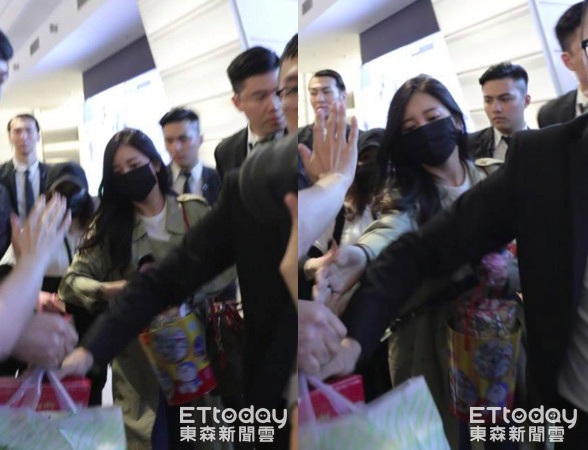 T-ara’s Soyeon insists on accepting gifts from fans as they chanted, “we trust you!”

Boram and Soyeon, members of an 8-year old South Korean girl group T-ara, will not be renewing their contracts, which expire on May 15th. They will leave the group and the concert on May 13th will be their last performance as 6 members. But before their arrival at Taiwan, Korean media reported that Boram and Soyeon were missing for an entire week. It was also reported that they didn’t answer phone calls from their company and the other group members, and kept changing their flights. They only reached Taiwan airport at 12:30 AM on May 13th, where they were welcomed by the fans gathered at the airport.

Korean media suddenly reported on the afternoon of the 12th of May that Boram and Soyeon were missing, not answering calls even from their managers and other members. They received much negative media coverage even before they reached Taiwan. According to the news, Boram and Soyeon will arrive at Taiwan on May 12th, 9:00 PM but they changed their flights and only arrived at Taiwan Taoyuan Airport on May 13th, 12:30am. The moment they left the immigration area, they started accepting fan gifts. Soyeon insisted on carrying the gifts herself and declined help from security. Her hands were filled with gifts from fans all around her.

When it was announced that Boram and Soyeon were not renewing their contracts, their company MBK labelled them as irresponsible members, letting their overseas fans down for not performing at concerts after their contracts expire. They received quite a lot of negative media coverage. Fans gathered at the airport to welcome them were cheering them on and shouted, “we will be by your side” and “we trust you”. T-ara will be performing at National Taiwan University Sports Centre on May 13th, which will supposedly be their last concert as a 6-member group.