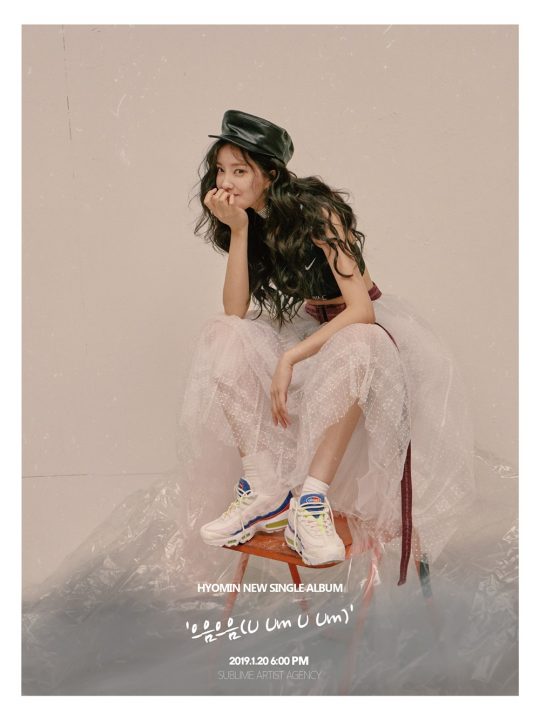 Hyomin to release new digital single ‘U Um U Um’ on January 20th, followed by mini album in February

Hyomin will be returning with a new song titled ‘으음으음 (U Um U Um)’ on January 20th at 6 PM KST.

An agency official said, “Hyomin is releasing a new song and is devoted on preparing to release a mini album next month. This time, it’ll be a song that challenges a new genre and reveals a different charm of Hyomin,” and is raising the expectations of many people.

Eunjung makes a surprise visit to Vietnam, distributes necessities and meals to the elderly and homeless
Next
MBK Entertainment’s trademark applications for T-ara (티아라) in all four applied categories are officially Rejected