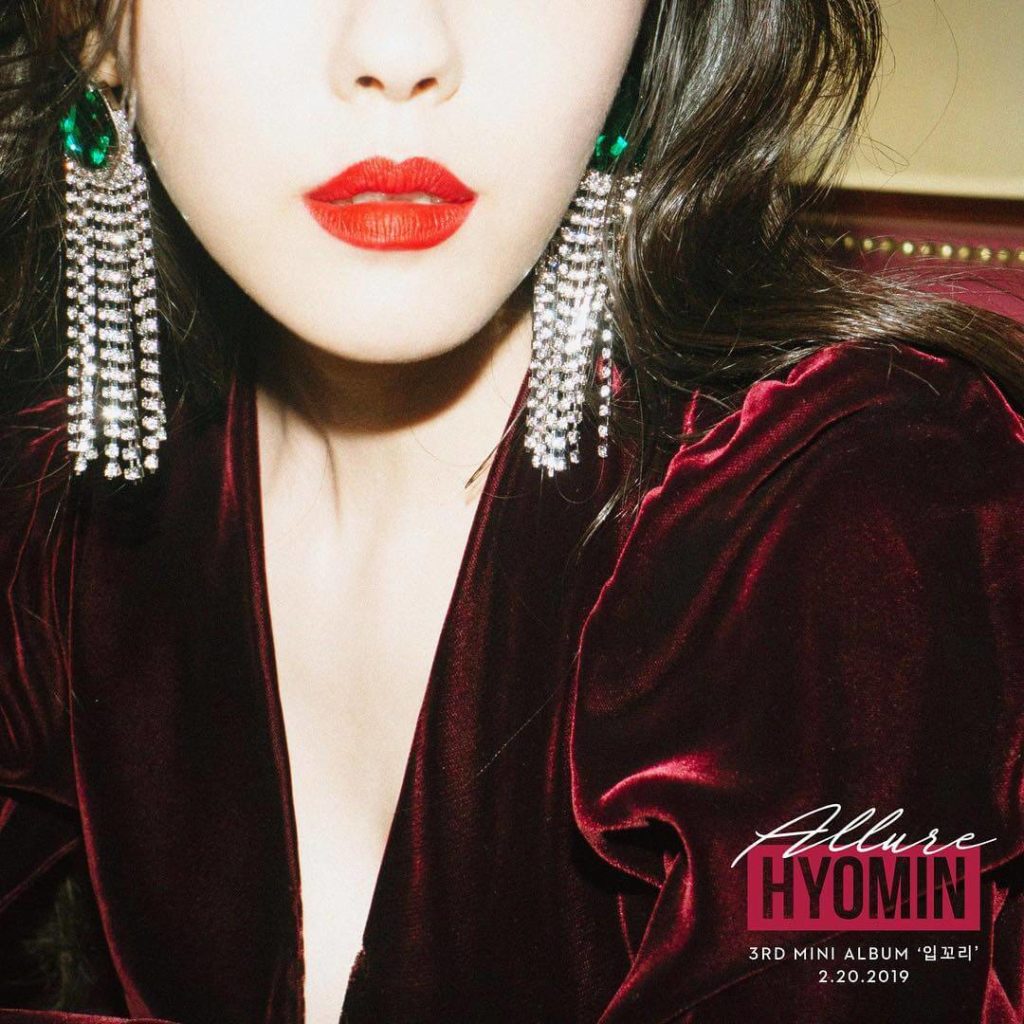 Hyomin will be making a return with her third mini album, Allure.

This will be her third album as a solo artist and is expected to have recorded 7 song.

The album name Allure means ‘look’ in French, and ‘a fascinating and mysterious attraction’ in English, it signifies a unique sound of music only Hyomin can express.

This album will feature not only hip-hop but R&B and ballad. Also, for the very first time, Hyomin will be working with Brand New Music CEO Rhymer who is recognized by the public for his diverse music, gaining more attention from the fans.

Hyomin is currently preparing to greet the public with her third mini album.

“I will probably never forget,” Hyomin sheds tear recalling past hardships and when fans won T-ara their first #1 in 5 years
Next
Soyeon briefly speaks about filming for her cameo on ‘I Love You, You’re Perfect, Now Change.’