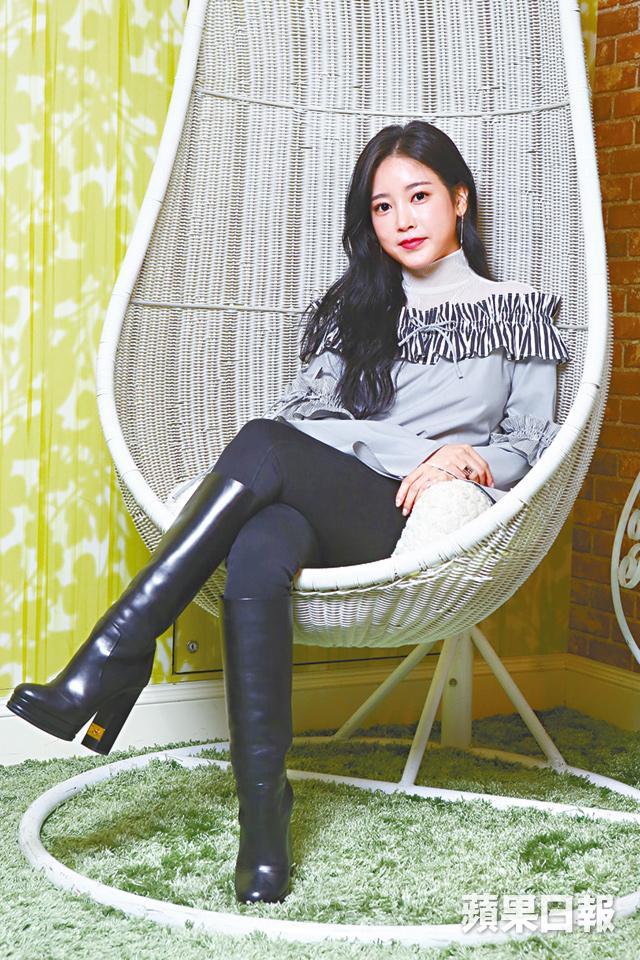 Korean singer Park Soyeon, who made a cameo in I Love You, You’re Perfect, Now Change, directed by Wong Cholam, accepted Apple’s interview in Tsim Sha Tsui. Regarding her 1-min appearance, she frankly spoke that she did not mind, “it’s already an honor for Cholam to invite me. Also, I’ve heard that there are 60 actors in this film, including Joey Yung. Ryan Zheng and I played a Korean couple, but the script changed a lot on the day of the shoot, and since Ryan didn’t understand Korean, I taught him each sentence one by one like a teacher.”

When asked whether she wishes for her ideal boyfriend to be as loving of a husband as Cholam, she responded, “he’s very serious at work which makes him very charming, and his eyes are very beautiful too. His baby will be very beautiful too with those eyes. His wife showed up when we were filming too, which is very touching.”

Hyomin to comeback with third mini album Allure, featuring 7 new songs ranging from Hip-Hop to R&B.
Next
Hyomin talks about being a solo artist, T-ara’s upcoming 10th anniversary and what she hopes for the future