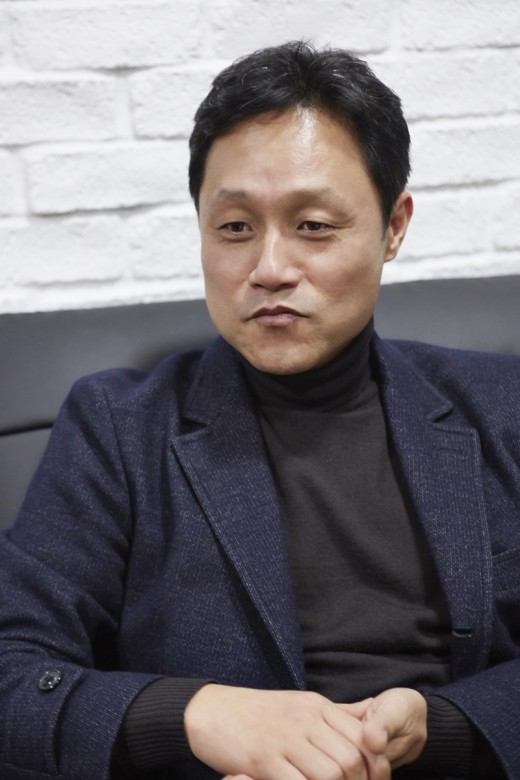 MBK Entertainment CEO Go Geon Hee, “T-ara will be the future of Hallyu in China.”

The survival of the fittest applies to all and the entertainment industry is no exception. With the signing of the China-Korea Fair Trade Agreement in November 2014, it signifies the birth of increased competition and changes in the entertainment industries of both countries. The beginning of the FTA from March has heightened expectations in many areas from the expansion of artists’ activities to movies, dramas and variety. Being rash is definitely undesirable, but with the stream of ‘China Wave’, it has brought about more chances and riskiness for Korea’s domestic entertainment companies which has been a topic of 2015. Amidst this trend, there is a entreprise which has been speedy at work, it is none other than MBK Entertainment.

MBK former ‘self’ was CCM, led by Kim Kwang Soo. He has led T-ara, Son Ho Jun, F-ve dolls, Speed etc in October 2014 to form MBK, Music Beyond Korea. He emphasises that MBK and CCM are 2 different companies. Prior to MBK, the focus was on stability and completeness. Now in 2015, MBK will be more active in promotions and organising events. Focus is on becoming “a global entertainment company.”

Q: Let’s get straight to it. When did you actually start planning on taking over the reins of CCM?

Go: From April 2014, I already had plans on a model for an entertainment company. So, I started MBK in July last year and formalised it in September. Foremost, out of the many companies, I chose CCM to merge with. It was mainly because Kim Kwang Soo and I share the same visions.

MBK was perceived by the public to be “CCM” with a name-change, but this is not the case. Although the original team (artists) remain unchanged, it is essentially a different company from CCM. In the initial stages of forming the company, we prioritise revamping and stability and did not feel the need to specially express this difference. In the future, we will address this misunderstanding. Q: Then what kind of company is MBK?

Go: Our company focus is no longer solely on the Korean market. MBK’s name signifies a step above Korean Music. Finding the answer to the globalisation of Hallyu. Hence, I believe taking over CCM was appropriate.

Especially with the possibility of (our core group) T-ara’s oversea activities, growth is the focus. Compared to boy bands, the recognition of girl groups is on the downfall. After Baby Vox in the beginning stages which received exceptional attention, there aren’t any more. On this level, T-ara holds an unique advantage. In the China market, the response has been good. Although currently the income from Japenese activities are higher, with the expansion into the Chinese market, the situation will change. I believe that starting Chinese activities now will have a big impact.

Q: Currently what is the level of T-ara’s popularity in China like? Please be specific.

Gao: Last year-end, T-ara held a concert at Shanghai. From a realistic point of view of the box office, the ticket sales were of the highest. It ended successfully and the Chinese company had even completed a proposal for the next show. Although it is difficult with the current music sources, but the model of using concerts for profits has already been established. Since the signing with the China agency, T-ara members have been in discussions over movie and drama roles.

Without a doubt, we will work hard to achieve it. The purpose for the collaboration of T-ara and the popular China duo, Chopstick Brothers, was also for China activities. For them to receive continuous love, they must work on local popular works. Although worried about Korea’s comments, this decision was made for their China activities. In comparison to a depressing situation, the response so far has been passable. Especially when we found something that stirs up the interest in China. The sales methods have also evolved. Gangnam Style finding fame through YouTube is a classic example.

Q: It seems inevitable that there will be competition with the bigger entertainment companies.

Go: I think this is a chance to liven up the Hallyu scene. Of course, SM, YG and other companies are also preparing for their advancement into China. For this year, our plan is more of an offensive one: to carry out activities and expand the enterprise. These areas, where other entertainment companies would not take into consideration, we will have to try them ourselves. T-ara should also take this to heart, so as to put more emphasis/focus on it.

We must do well in these areas. Moreover, this is the start of our China advancement. The Little Apple project has garnered enthusiastic responses. To produce comparative results at once, with promotions as our main focus, is what we are worried of. We are in the position to learn about enterprising advertisements and activities; we will carry them out in no time.

Q: MBK’s journey will be a busy one. Are there any plans still in the midst of formulation?

Go: MBK has a lot of things prepared. (Laughs) Those of which we have already started with, we hope to continue being busy with. There will be new releases for SPEED and The Seeya. However, we will also have to prepare for the new group to take flight. Of course, Kim Kwang Soo is the main producer for this. If he produces 100, it is the management’s and my job to make it 200-300.

In order to bloom, even though we put in a little more for the new group’s expenses in the early stages, we will have to face the challenges bravely. We are also mindful of and are in the midst of preparing Chinese activities for the newer groups.

For example: under circumstances where there has not been extensive promotions, The Seeya’s new song has still managed to clinch 6th place on Yin Yue Tai. This kind of response is really surprising. We will continue to cultivate this area.

Go: We want to make this company a place where the artists and staff feel like this is their home. We want to find a way whereby in the long run, both the staff and artists can have a symbiotic relationship. Of course, we want to earn money too. As of now, we have just over 40 staff members. This year’s revenue should hit 160 hundred million won. If everything goes as planned, this should not be difficult.

T-ARA’s 2000th day with Queen’s and counting, a milestone that is special for this family.
Next
Qri spotted sporting Diadem’s birthday support gift at the airport!