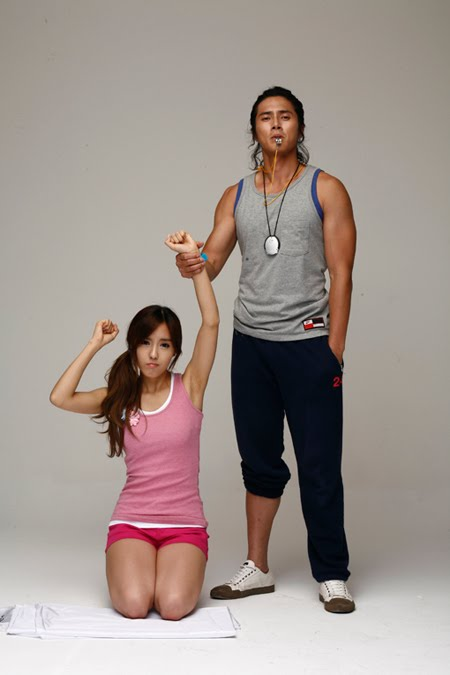 If asked to describe Hyomin, one of the things a Queen’s would not fail to mention is her amazing body! Hyomin maintains incredible health and fitness, an aspect of her that was even showed off in her solo ventures. She has often given advice and tips on what one can do to overall improve their physical condition and well being.

It’s hard to imagine Hyomin was ever anything other than the impressive form she is today! Well, once upon time, she wasn’t.

In the first Throwback Thursday of 2015, we’re going way back to Spring of 2010. Hyomin wasn’t always the epitome of fitness but it was what she aspired, citing even Beyonce as a figure of admiration.

Though she certainly looked great – in fact, one wouldn’t even expect her to be of bad fitness; on the inside, it wasn’t the same case. Hyomin was unfortunately weak and often quick to succumb to fatigue. SBS saw to change that and brought her onto a one-episode special, My Partner, where she came under the training of actor Jo Dong Hyuk, No doubt she obtained that ‘Nice Body’, but how well did she fare few years ago?