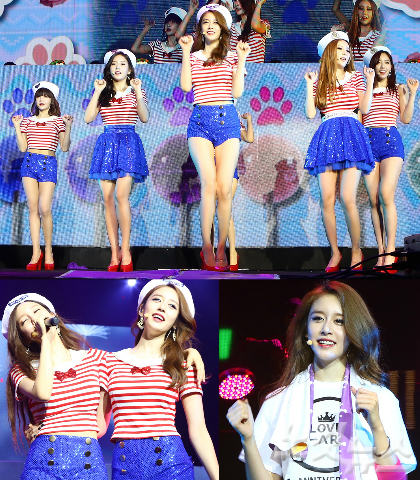 T-ara to comeback with a fun and unique concept in the first week of August!

T-ara will join the idol group comeback rush this summer by coming back in the first week of August – 3 weeks away!

T-ara had promotions nearly a year ago with “Sugar Free” followed by the unit activities with the Chinese-Korean project album “Little Apple”. After that, they focused on Chinese promotions and Eunjung promoted as a soloist named Elsie.

After almost a year, T-ara will comeback in August. Originally it was planned in October but T-ara has a full schedule in China in the second half of the year including performances, concert tour dates, dramas, and CFs.

MBK Entertainment announced that T-ara’s concept will be fun, unique, and exciting – a “cool” song for a “hot summer.”