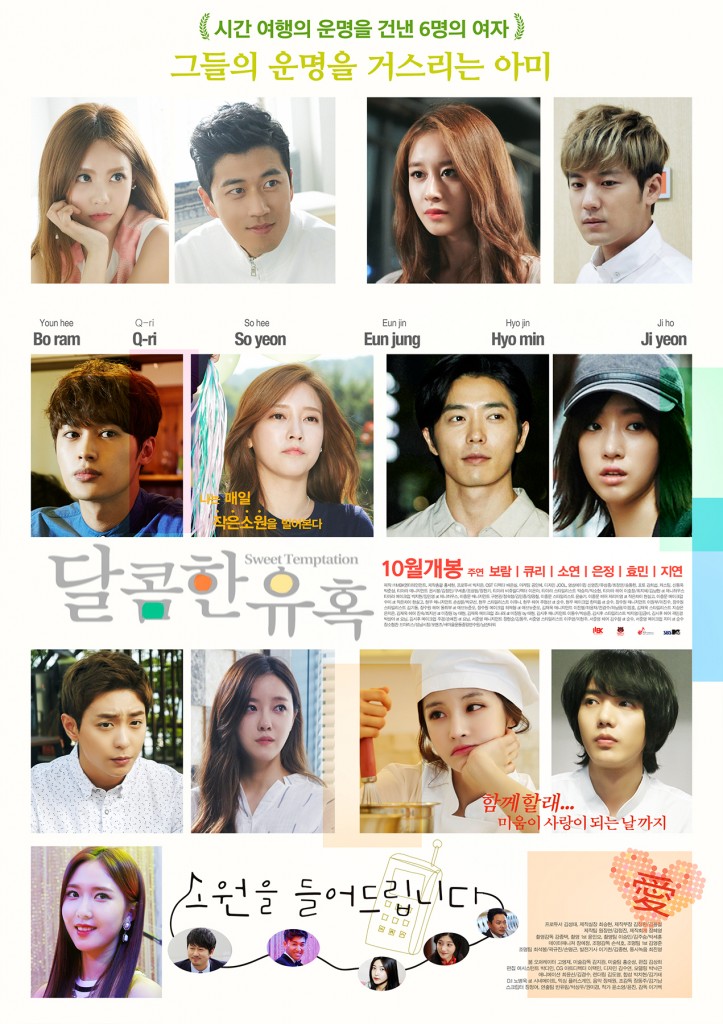 Boram in Recipe of Love: “Healed Chaesoo’s wounded pride with her petite, cute appearance and a lively personality. To help Chaesoo take revenge, many various…”

Qri in Black Holiday: “A person who finds everything bothersome and dreams only of ‘TGIF’ (thank God it’s a Friday) and ‘it’s Saturday playday’ to get by the whole week. She is the happiest when she’s in the virtual world in her room on day-offs from work.”

Soyeon in My Fantasy Girlfriend: “Sohee, a girl that feels very miserable due to her appearance, but her heart is warm. When she sees a person going through difficult times, she would say/think “‘just don’t try too hard’…”

Eunjung in Only For You: “Barely gets by every day by pickpocketing. Boyish in appearance; really cares a great deal for her grandmother and her younger sister Sojin.”

Hyomin in It Rained When We Were In Love: “A university student; she has an ever-bright, cheerful personality and an energy that can turn the atmosphere good no matter who she sees or meets. She’s working part-time as a bartender at a club, regular customers currently…”

Jiyeon in Rebirth: “Lost Sangmin after a traffic accident, has been receiving psychiatric treatment for a year but it was useless. She only hopes for his return, in a state of going through desperate times.”

Earlier today, the teaser for Soyeon’s drama was as well revealed!

*The Naver TV Cast is not available to most viewers outside Korea. Will update with an alternative link that can work for most, if not all fans, once found.