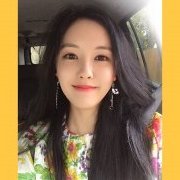 [19.02.08] “I will probably never forget,” Hyomin sheds tear recalling past hardships and when fans won T-ara their first #1 in 5 years