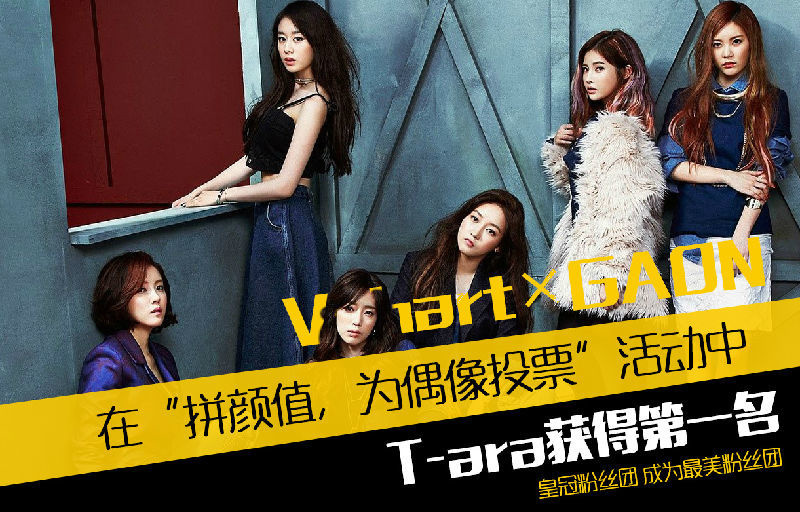 T-ara clinched first place on a collaboration poll between YinYueTai and Gaon! Queen’s have became the most beautiful fanbase.

T-ara have more than 10 MVs that made it to the YinYueTai V-Chart 48th week in 2014, making them very worthy of winning first place! From solos to sub-units and full-group performances, T-ara has travelled to many countries across the world, allowing the group to shine brightly in many locations. They are indeed the queens of numerous transformations and worthy of the ‘Tiara’.

Furthermore, T-ara has clinched 2 awards at the YinYueTai V-Chart Awards 2015, namely ‘Star Artist of the Year’ and ‘Most Popular Korean Artist’, while T-ara’s member Jiyeon won the ‘Best Korean Female Artist’ award with her Never Ever solo album.

This time, T-ara has also won the latest voting poll with more than 2 million votes and have emerged as the champion! Once again, T-ara has proven their immense popularity among the Chinese fans.