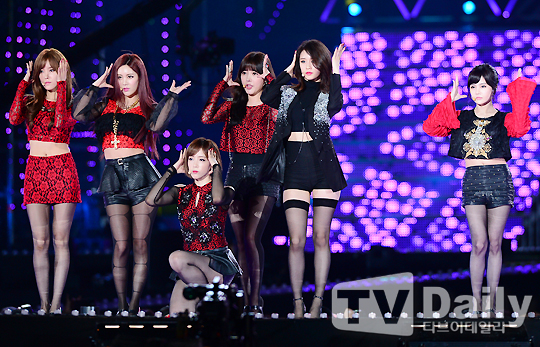 As many of you know and have helped, in honor of T-ara’s 5th Anniversary today, we have been raising funds to build a forest in T-ara’s name. We were able to raise $2,162.39 USD, which surpassed our goal of $2,000, with the help from 75 members who donated to this!

The success of our project has been published in Korean news today (July 29th) detailing the project and what it entails. Below are translations from Daum‘s article:

Tree Planet’s founder Kim Hyungsoo has announced today, July 29th, that the establishment of a forest in honor of the fifth anniversary of T-ara‘s debut will begin soon.

Through Tree Planet, celebrities’ fansites have worked together to raise funds in order to build a forest in their favorite star’s name. Tree Planet is is a campaign that can be both beneficial for the environment and also for the star’s image itself because it’s promoting being Eco-friendly.

T-ara’s fan communities from around the world helped make the “T-ara Forest Project” possible, including Korean fansite ‘T-aradotcom’, and foreign fans ‘Diadem’, ‘T-ARA6JAPAN’, ‘T-ARACHINA’, ‘T-ARAHK’ joined together. As a result, 250 people participated in raising approximately 9,000,000 won (~$8,750) including donors from Korean, Japan, USA, Hong Kong, China, Taiwan, Indonesia and a variety of other places.

The “T-ara Forest” will be going in downtown Seoul and currently consultation for it’s composition is in progress. It’s going to be along the land where the Digital Media City Station (DMC) is on the Gyeongui Line. The station is located right by it which will lead many people to visit the forest which will have an Eco-friendly seating area.

The T-ara fans who participated in the establishment said, “We are just glad to be able to make a forest in T-ara’s name where a lot of people can rest and be comfortable when there. I’d like to see it when it is completed.”

Since it’s establishment in 2009, Tree Planet has planted over 47 forests around the world with over 480,000 trees being planted. This reduces and absorbs about 878 tons of carbon dioxide each year has been able to create over 1.1 billion in annual economic revenue.

This forest will be in the middle of Seoul forever. Not only will we be helping the environment in a multitude of ways by decreasing carbon dioxide and reducing noise pollution, but we will forever leave our footstep in the middle Korea as the foreign fans who have supported T-ara for five years.

Even when T-ara isn’t here anymore, the “T-ara Forest” will be stapled in Korea for the rest of time for QUEEN’S to visit and remember T-ara!