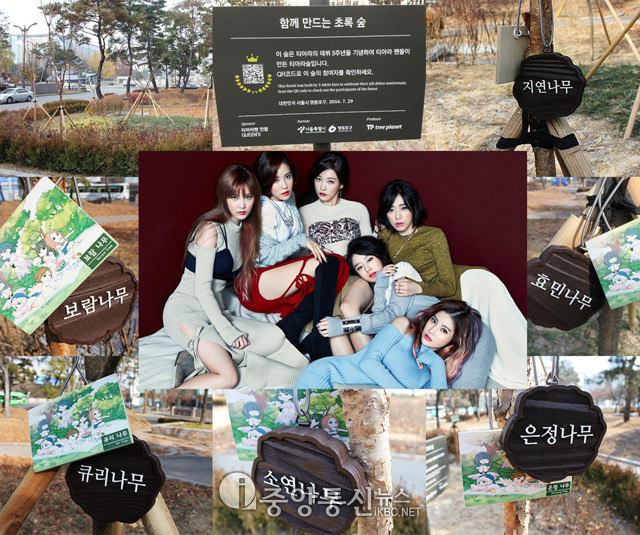 The forest made in T-ara’s name now stands complete in Yeouido’s National Assembly Station and has opened to the public.

The T-ara Forest project is an eco-friendly place where people can go to relax and is a great way to improve Seoul’s urban environment.

Meanwhile, T-ara landed in Vietnam today (the 9th) to prepare for a fan-meeting they are holding on the 12th of January for Vietnamese QUEEN’s.

Big thank you’s go out to all the QUEEN’s that took part in making this project possible!