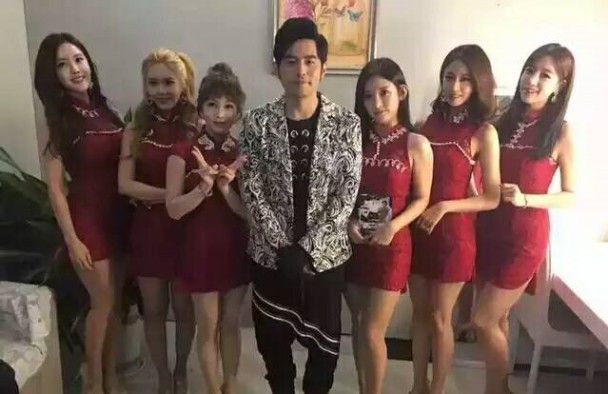 Taiwanese media has reported that it is possible that T-ara could be stars in Jay Chou‘s upcoming new music video.

It was revealed recently that Chinese singer Jay Chou, who is popular across Asia, would be recording a new song as a promotional song for League of Legends and that there has been secret discussion for girl group T-ara to star in the music video. Taiwanese media website UDN reports that it may be all of T-ara or just a few members.

In October of last year, T-ara officially signed a Chinese contract with billionaire Wang Sicong‘s entertainment company. Wang Sicong also serves as the president of China’s Mobile Gaming Agency and owns the e-sports team Invictus Gaming. Because of this, this rumor seems like it could be quite plausible for T-ara.

For many Hallyu stars, it is a dream to work with Jay Chou. T-ara were previously on the Chinese variety show “The Brain” with Jay Chou where he picked Soyeon as his favorite member.

T-ara handwrite a heart-warming Christmas letters to Queen’s
Next
Hyomin to make solo comeback in March, date and details to be announced