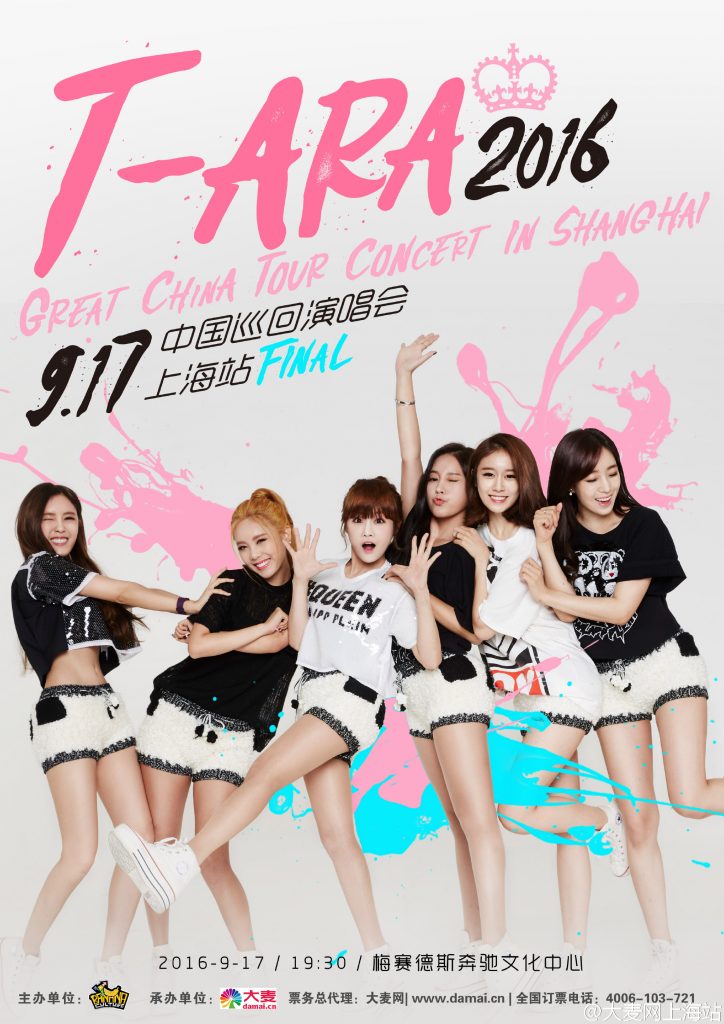 T-ara will be holding a Shanghai solo concert in September to meet with their Chinese fans.

Previously in 2014, T-ara released a remake of Chinese hit song “Little Apple” and became closer to Chinese fans. Following that, they signed a contract with a Chinese agency, Banana Project and had various Chinese schedules.

T-ara’s Shanghai concert “2016 T-ara Great China Tour Concert in Shanghai Final” will be held at Shanghai Mercedes Benz Arena on September 17th and tickets were on sale since 1st August 2016.