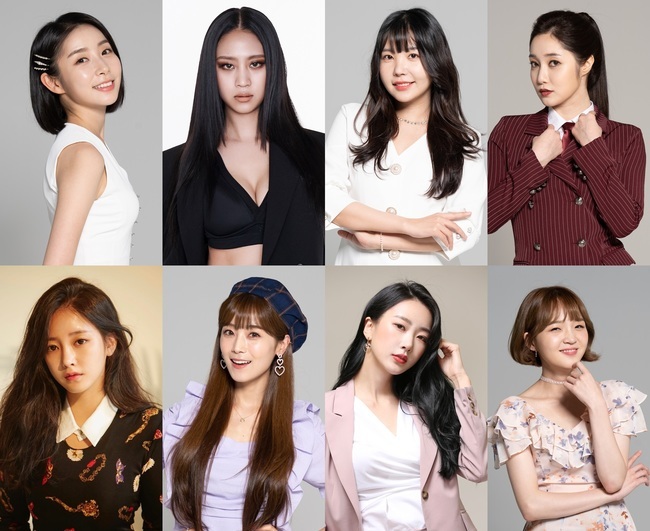 MBN’s new variety program ‘Miss Back’, scheduled to be broadcast in October, is a story of female idols gradually forgotten from people’s memories dreaming to take the leap forward once again.

A life song and untold stories, it is a new concept documentary program, combining human documentary and variety, with turning points that will become their 2nd heyday.

Early South Korean top diva Baek Jiyoung has drawn attention as the producer and mentor. The girl group singers who will make their return as main characters on Miss Back are Gayoung (Stellar), Nada (Wassup), Raina (After School), Sera (Nine Muses), Soyeon (T-ara), Soyul (Crayon Pop), Subin (Dal Shabet), and Yujin (The Ark). They made their debut as idols after a long training period, after drifting from the stage they now join hands with the best experts to create a new turning point in life.

8 girl group members who have already proven their impressive performances through their activities, from the days they dreamed to become a singer to the moment they left the stage, a story full of sincerity that is expected to bring new joy and emotion. While interest is pouring in on their story of growth and maturity on ‘Miss Back’, all attention is on the the girl group member who will reach a turning point.

MBN’s new variety program ‘Miss Back’ is scheduled to be broadcast for the first time in October.

Update 10/28/20: Soyeon has decided to leave MBN Miss Back. The reason for her departure will be revealed on episode 4.

Soyeon to make solo debut in October
Next
Jiyeon shows off chic maturity and high-end beauty for the cover of Mag & Jina, hints at future works