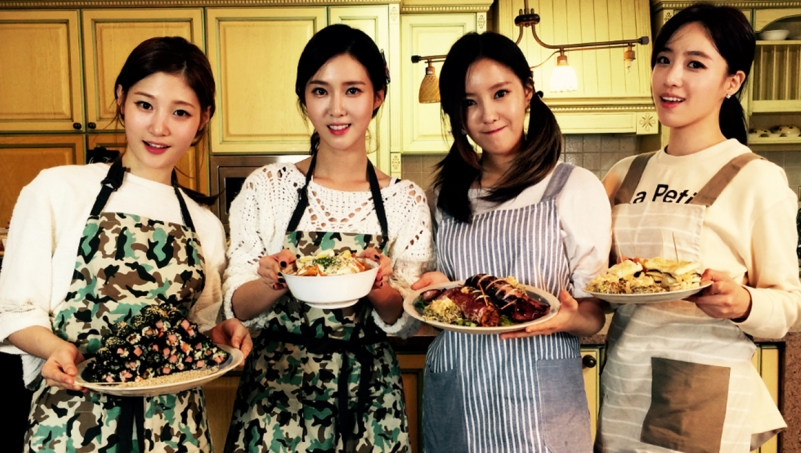 T-ara emerged victorious in the midnight snack showdown with DIA.

Previously on 28th of October (Wednesday) at 11:30 PM KST, T-ara and DIA appeared via Naver’s V-App on a live broadcast of “T-ara vs. DIA – Midnight Snack Showdown.”

On that day, T-ara prepared kimchi sandwiches and squid wrapped pork belly, while DIA prepared rabbokki (ramyun mixed with rice cakes) and chungyang pepper kimbab (chilis wrapped in seaweed rolls). The staff and Qri tasted their food and T-ara won with 7 to 3 votes against DIA.

T-ara and DIA were said to have promised that the loser team will feed snacks to fans from both groups that will be going to the upcoming recording of SBS MTV’s The Show special on 31st of October (Saturday). Therefore, since DIA had lost, they will be feeding snacks to the fans coming for the recording at 6PM KST in the evening.

Eunjung said that although the T-ara team won, she will be there together with DIA to meet and feed the fans, so expect a heart-warming scene.

Soyeon talks about activities in and out of T-ara in her very first photoshoot with BNT
Next
Eunjung shares about recent activities, dating and her goals in interview with BNT