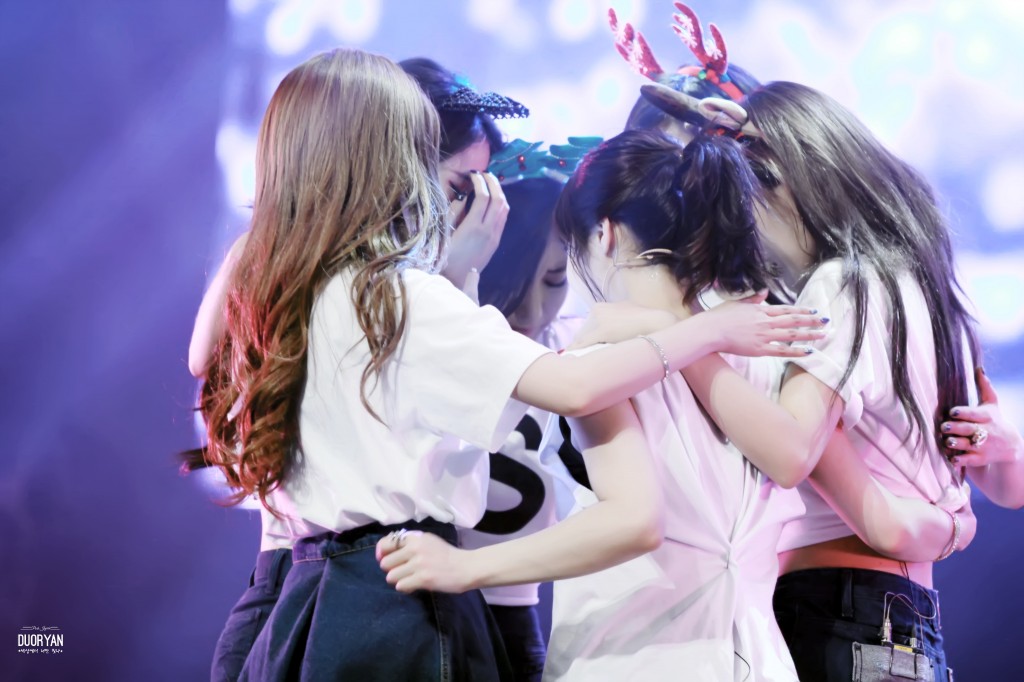 3 years after their first scheduled but cancelled concert, the girls finally got on the domestic stage. Though most of the fans did not have a chance to be there for such a prestigious event, I believe all of us were there spirtually and some of us did tune in to Diadem TV’s stream. For those who have missed it, you can watch the recorded videos here. Fans, with the help of the concert staff, made a very touching and heart-wrenching video that not only touched the girls’ hearts, but all that were there at the 7pm concert.

It is no wonder the girls cried on stage. Eunjung gathered all the members into embracing in a circle, which would most probably be the highlight of the entire concert. It is a very touching moment for everyone that witnessed. The girls did not say much but their tears of happiness were all that mattered – they are thankful for all that the fans have done for them, supporting and loving them all this while even when the storm never seemed to subside. T-ARA will always feel apologetic to the fans because the girls are unable to repay the amount of love and support that they receive. Little do they know that Queen’s are given the best thing in the world by them: their existence and perseverance.

Looking back at the times where T-ARA were at their peak, winning the hearts of many Koreans and also international K-POP listeners, the girls have indeed traveled a long way together with Queen’s to reach where we all are right now. When many were saying that T-ARA would cease to exist after their 5th anniversary, we proved them wrong and here we are, first domestic concert SUCCESS! There will even be a China tour next year, which have sparked much interest and T-ARA had proved their worth with their recent win at the SBS Awards Festival 2014.

The concert will indeed be a deeply-etched memory in every single Queen’s hearts; concert attendees and fans that were unable to attend alike. It is a bond that binds us all together, Queens and Queen’s, indescribable through any form of humanly possible expression in any language, because it is a fuzzy feeling, that exists only in the hearts of those who care.