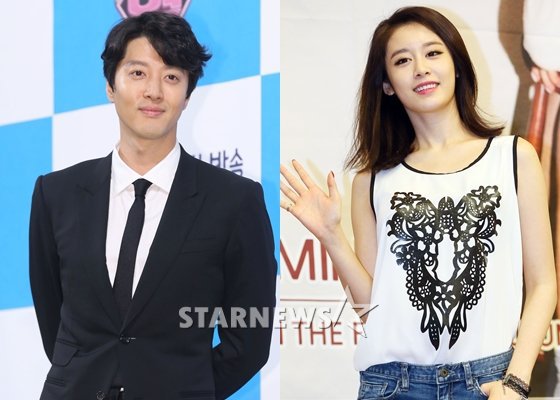 Update: Jiyeon talks about her relationship with Lee Dong Gun + Jiyeon leaves a message for fans

Jiyeon will be MC-ing for the live broadcast of Music Cable TV’s SBS MTV The Show Season 4 today. This will be Jiyeon’s first appearance after the revelation of her relationship with Lee Dong-gun and had attracted a lot of attention.

Before the recording and broadcast of today’s The Show, Star News asked Jiyeon questions regarding her relationship with Lee Dong-gun and she answered with a shy and nervous heart.

When asked about Lee Dong-gun’s charms, Jiyeon answered while giving a shy smile, “Lee Dong-gun is caring and he treats me well.”

Jiyeon made her debut in the music industry in 2009 as a member of T-ara. This is the first time where news about her relationship is revealed by an external source. Jiyeon responded with awkward smile, “Everything is still quite surreal to me so I don’t really know what to say.”

Jiyeon also had some words for fans.

Jiyeon said, “I’m really thankful because the fans have always been here and give me strength. It (the relationship) is still in its starting phase so I’ll be thankful if you could give me your blessings. I will continue to work harder too.”

Hello everyone, I am T-ara’s Jiyeon.

Pardon me for this sudden greeting.

I’ve been worrying for a long time about how to talk to all the fans.

Although it is late, I think I have to say these words to my beloved fans directly and appropriately, I had worries till the end and I will make this greeting carefully.

I think I had surprised many people.

Everyone’s support gives me a lot of strength..

It (the relationship) is in the starting phase, I hope all of you would give me your attention and support.

I will also work harder to repay the love from everyone.