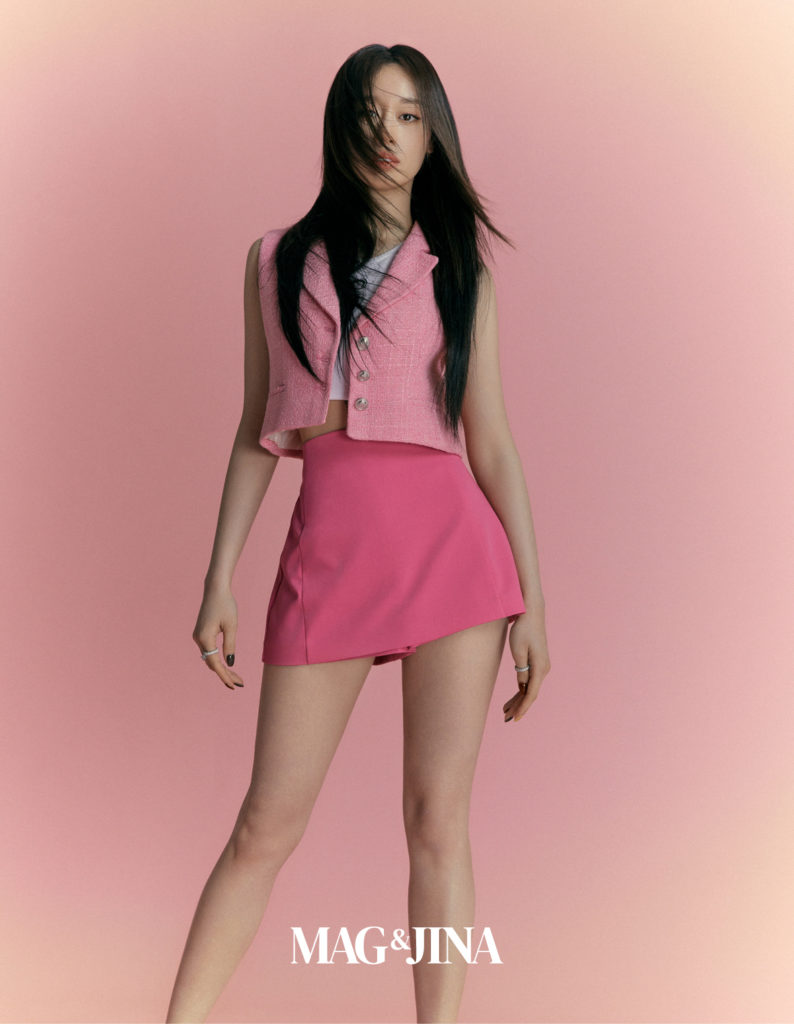 Q. We finally meet again a year and half after the MAG & JINA Jiyeon cover! How do you feel doing a photoshoot after so long?

Hello, it’s been a long time. Last fall I showed a cold Jiyeon, this time I put on a more feminine feel to match the warm spring.

Q. T-ara made a comeback at the end of last year, and this year you’re filming a movie, you seem to be going through a very busy time, we’re curious about how are you doing.

Last year, there was an overlap with T-ara’s activities and the movie shoot, so I was extremely busy with my activities. We wrapped up shooting the movie at the beginning of this year, so right now I’m going through a rest period.

Q. That must be especially true with T-ara’s first comeback in four years. How did it feel to get together for group activities after such a long time?

We always thought about getting together no matter what. Even though it was very difficult to prepare on our own without a company, if we missed out on last year’s opportunity, then we really don’t think it’d be possible to have another comeback. Without a company, we decided on our roles in the team and made preparations. So not only was it very meaningful to our fans who waited a long time for us, it was also a very precious album in our memories.

Q: So what role did Jiyeon take?

My unnies already gave me the nickname “Office Chief Park” a long time ago (laughs). They gave me that nickname because I’m very good at organizing our schedules and reminding everyone to not miss the agenda. We’ve been together for so long now, we’re very aware of each others’ strengths and help cover the others’ weaknesses.

Q: We can feel the members share a very close relationship with each other like a complete group. Are there any interesting stories during the activity period?

How should I put it? There are many stories since we prepared everything ourselves. We prepared our own outfits too, and when we had to go somewhere, the members who are close pick each other up and travel together. Even now, as soon as we’re together, we’ll have lots of things to talk about, like little girls, just like when we debuted. Whenever I see my members, I can still recall the times from back then.

Q: So can we still look forward to T-ara’s comeback in the future?

Actually, the one thing we learned from personally preparing this comeback was that preparing activities without a company just once is enough for us (laugh). Our company did the preparations before so we didn’t have to worry, so having tried preparing everything from start to finish, we finally realized that this really isn’t easy to do. We recognized a company’s importance because of that. However, we all have the desire and intention to present a complete T-ara unit again. 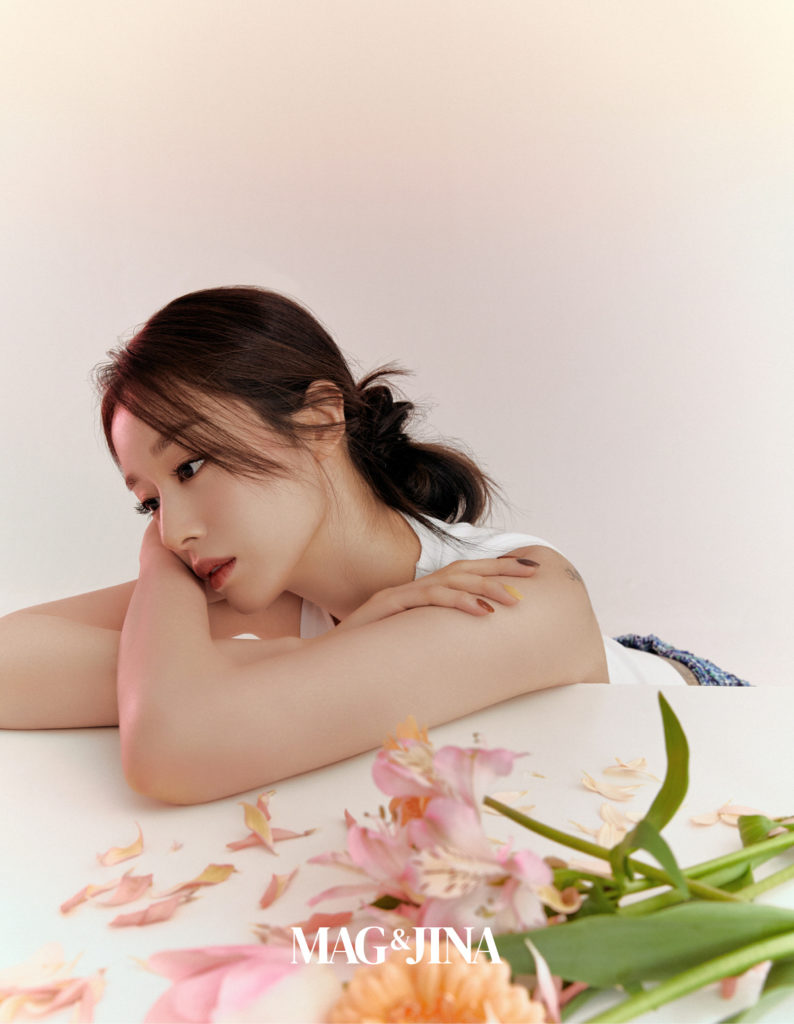 Q: Your silver screen comeback is on the horizon. What kinds of movies are Woman of Fire and Gangnam, and what kind of characters will you be playing?

Woman of Fire is a thriller movie about a popular actress who gets caught up in an incident and has to get through it. The highlight is when other incidents happen one after the other and she finds herself in an unpredictable situation. Gangnam is a zombie movie with some rough action that will keep you on the edge of your seat.

Q: How was the filming site’s atmosphere for both movies?

I had a very interesting shoot for both movies. Even though it’s very physically tough, I can’t help but to burst into laughter as soon as I arrive on site and see the other actors. I haven’t tried many other genres before but there was a lot more laughter than eeriness, which made it very memorable for me. However, for Gangnam, the other actors had to spend a long time putting on zombie makeup, which was very hard on them, and that left a deep impression on me.

Q: Do you watch thriller and zombie dramas often?

I do. I really love those types of genres. I watch a lot of thriller and horror films. Even though I love watching love stories and dramas as well, I enjoy watching movies where I can make my own deductions even more.

Q: What kind of genres have you watched recently?

Even though Iron Man will always be number one in my heart, since I’m filming a zombie drama, All of Us Are Dead on Netflix left a very deep impression on me.

Q: What’s your most memorable episode during filming?

In Gangnam, there is action but rather performing fancy moves, in reality I had to perform evasive maneuvers when I’m in danger to avoid getting hurt. I learned to flexibly respond to those situations, but when I’m on the scene, my mind goes blank. The difficult part in an action film is that while you are working with other actors to not get hurt, you still need to display your acting skills, so it’s extremely busy. After we finish rehearsing and begin acting, the actors subconsciously become tense, and the action scenes become even more intense. So in action movies, it is more important to know how to control your strength than just being strong. This really isn’t easy at all, but since I’ve always looked forward to doing action movies, I did the shoot with serious preparations.

Q: You’ve shown your acting through many colorful roles, are there any genres or roles you definitely want to try in the future?

No matter what, I always want to do action films. I had a small taste of it in Gangnam, but I wasn’t satisfied from it alone. I’m preparing to film for fight scenes where I fight without any weapons, just my bare hands. Perhaps it’s because I started exercising when I was young, I’m not afraid of fight scenes that require using my body.

First of all, my plan for this year is to greet everyone with these hard-filmed movies. At the same time, I am preparing for my solo comeback. My solo comeback is in preparation stages, I will do my best to prepare an image I can show off. As an actress and singer, I will show off the rich and diverse aspects of Jiyeon, so I hope everyone will give me lots of support and look forward to it.