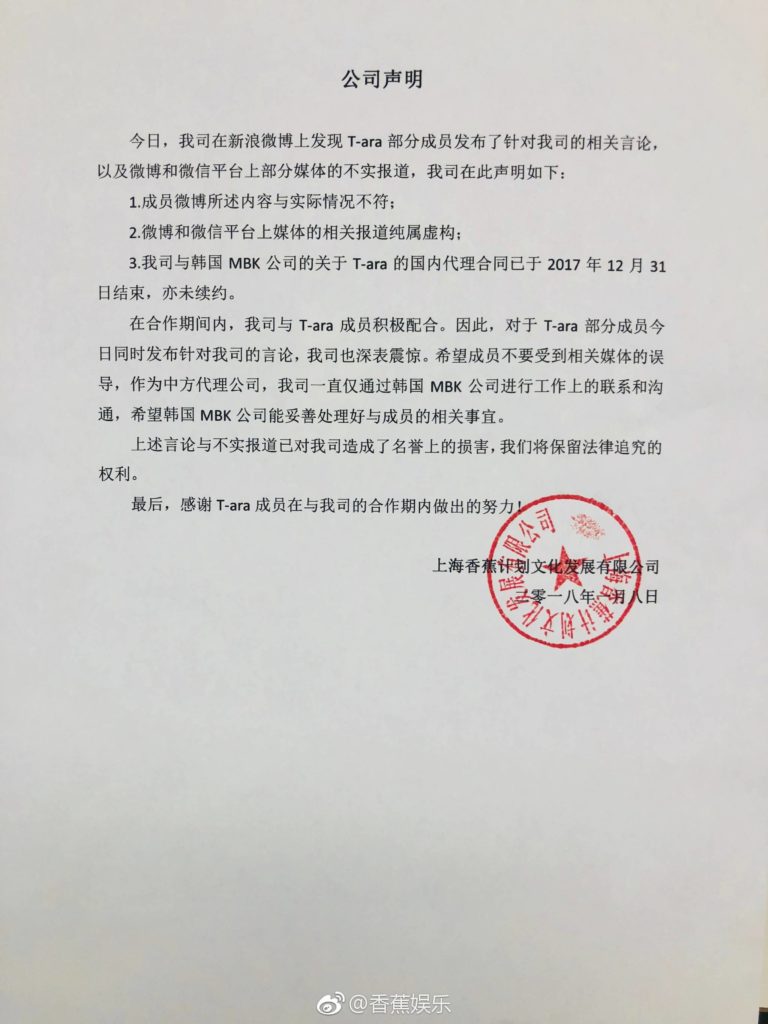 On the morning of 8th, a representative from MBK Entertainment stated, “it is not true that T-ara received sports cars from Wang Si Cong.”

However, on the afternoon of the same day; members Qri, Hyomin and Jiyeon personally reached out to Wang Si Cong via Weibo requesting clarification on the recent rumors. T-ara’s message to Wang Si Cong reads, “I don’t know how to contact you, so I only can do it like this. Has Banana Culture ever sent luxury sports cars to T-ara? And is it true that Banana Culture gave MBK Entertainment 9 billion won? Waiting for your reply!”

In response to T-ara, Banana Culture released an official statement. T-ara responded in thanks to Banana Culture’s statement.