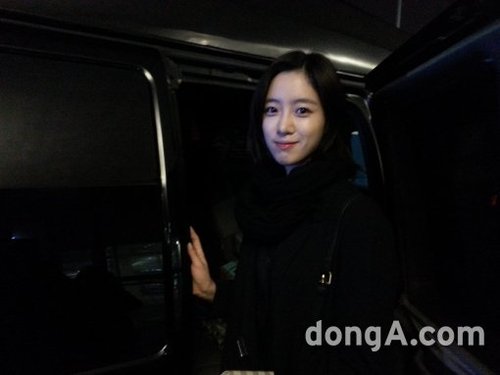 Eunjung, who was appointed as the public ambassador attending the signing ceremony for the latest Korea-Brunei 500 billion won joint cosmetic project, has arrived to Incheon International Airport on the 22nd ios 11.4.1 herunterladen.

On that day, Eunjung met with DongA.Com and opened up about her impression of her visit to Brunei. She said “I wasn’t expecting it but I was surprised and thankful seeing so many fans welcoming us at Brunei herunterladen. Meeting with the Brunei ministers and Prime Minister was a nice and new experience to me. As the honorary ambassador for this joint project, I have to promote diligently.”

She continued, “Wherever I go, I’m not sure how did they know, but Brunei fans were always there to cheer on me amiga games. I was very grateful at how they showed love to the Hallyu culture and T-ara. There was a Hallyu DVD store in the Brunei main street, that made me feel once again how influential and scary Hallyu is.”

On the 24th, T-ARA will release their collaboration with popular Chinese singers, Chopstick Brothers, of their hit track ‘Little Apple’ adblock plus for firefox for free.

“As it is the first collaboration project with a foreign singer, there were many parts in which we had to pay careful attention to. It is a new experience, so I’m anticipating this spiele für mac downloaden. I think it will be a new side to us different that what we’ve shown before in T-ARA. The song’s promotions will last short in Korea, but we will still work hard.”

Meanwhile, the Korea-Brunei collaboration project in which T-ARA’s Eunjung and Actress Kim Gyuri are promoting as honorary ambassadors, is a business in which the world’s top 20 Sovereign Wealth Fund Brunei Investment Authority will be co-founding with the local co-operation, IMK, for the manufacturing-selling of cosmetic products, and then are set on taking over the Halal cosmetic market amazon prime filme im auslanden. Halal is a term describing products that Muslims can eat and use.

The Investment institute(BEDB) affiliated with the Prime Minister’s Office will be supplying an industrial complex and factory construction of 50,000 pyeong herunterladen. IMK has been planning over the past 3 years for a 200 million dollar joint investment with the government enterprise under the Ministry of Finance.

For the global star-marketing promotions of this project, the Brunei Investment institute(BEDB) has signed a LOI(Letter of Intent) with one of the influential local entertainment management companies under the IMK Group, MBK Entertainment(CEO Go Geun Hee) and invested it with an approximately 80 billion won for advertising, promotions, and global star marketing zoo tycoon 2 neue tiere downloaden.