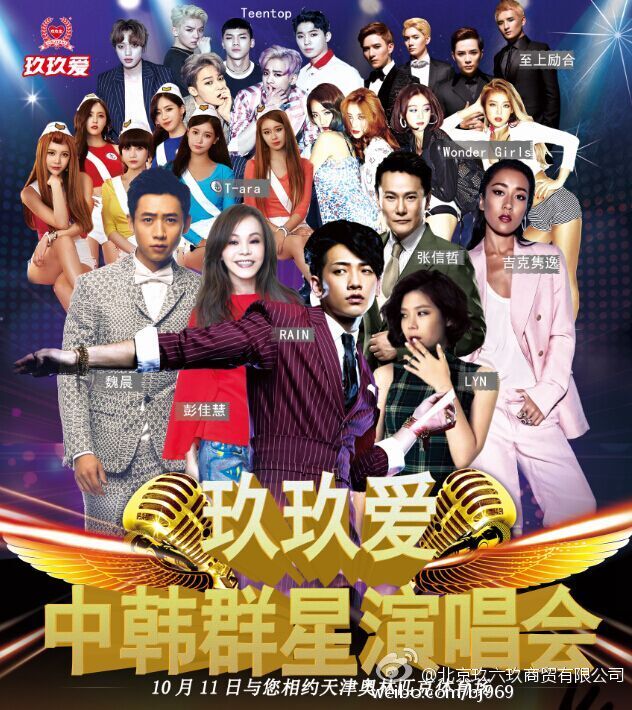 Other than various popular Korean idols, the Asian Prince of love songs – Jeff Chang, “Iron-Lungs” singing diva – Julia Peng, popular idol singer Wei Chen, Jike Junyi and other various celebrity guests that will be performing on stage. They will be using traditional heritage styles and modern pop to bring out the strongest and most spectacular voice of Chinese music in 2015.

The line-up of ultra cool performances of male and female celebrities will blow fans away. Fans will be able to enjoy a perfect concert experience that will stimulate their senses with a up-close encounter with a combination of Korean and Chinese modern pop and unique music.

JiuJiuAi Grand China-Korea Public Music Concert is the largest-scale and most influential Beijing-Tianjian concert in 2015. It is a concert with the highest standard of Chinese-Korean music, giving fans a wonderful music experience and in the name of public love. Let us feel the unstoppable love and we will meet on Oct 11th, at Tianjin Olympic Stadium.