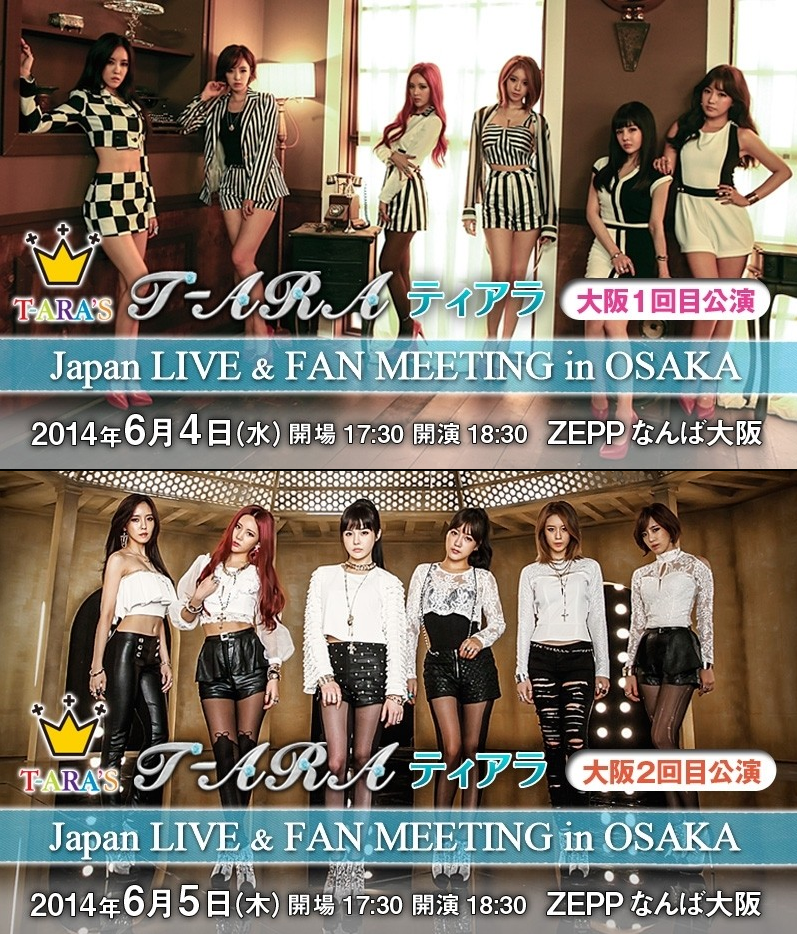 T-ara appeared in school uniforms for Osaka’s fan meeting and cooked for fans!

T-ara held another fan meeting in Osaka, Japan on the night of 9th July 2014! Although most of us did not have the chance to attend it, but generous (and quick to update) fans gave us a sneak peak of the fan meeting highlights. In light of their recent Japanese album “Gossip Girls”, they appeared at the fan meeting in school uniforms similar to the American drama Gossip Girls. Here are some pictures of them cooking for their fans (shared by Retro403 on Instagram)! Don’t they look lovely? I am quite worried about the food’s edibility though… Nevertheless, this fan meeting looks really fun and cosy; there were other activities like art class, language class and music class! Here are two pictures from Retro403‘s Instagram of Eunjung and Hyomin! She drew a T-ARA family! Isn’t she precious? Not forgetting her “roots” despite going solo. Little things like this tell us how bonded the girls are together; there is no need for public display of affection or any words to express their love for one another. Actions prove it.

Last but not least, Hyomin updated her Instagram with some selcas that they took in the backstage/dressing room! Taken from Hyomin’s Instagram: To top it all, Qri liked Hyomin’s post (selca of both of them)!

Furthermore, an article on OSEN talked about Hyomin’s Instagram updates! Here’s the translation done by Revy:

T-ara’s bond and closeness between members can be clearly seen through these photos.

Hyomin posted some selcas with her members on her Instagram on the night of 9th July with the caption “Osaka fan meeting. School look today.”

They were showing off their closeness with lovely poses and cute expressions that caught attention from netizens. They look attractive in their school-look outfits.

Several reactions from netizens include: “T-ara looks really pretty”, “Did your fan meeting go well?” and “T-ara, I love you!” to name a few.

Meanwhile, Hyomin is still in the midst of promoting her solo debut title song “Nice Body”.