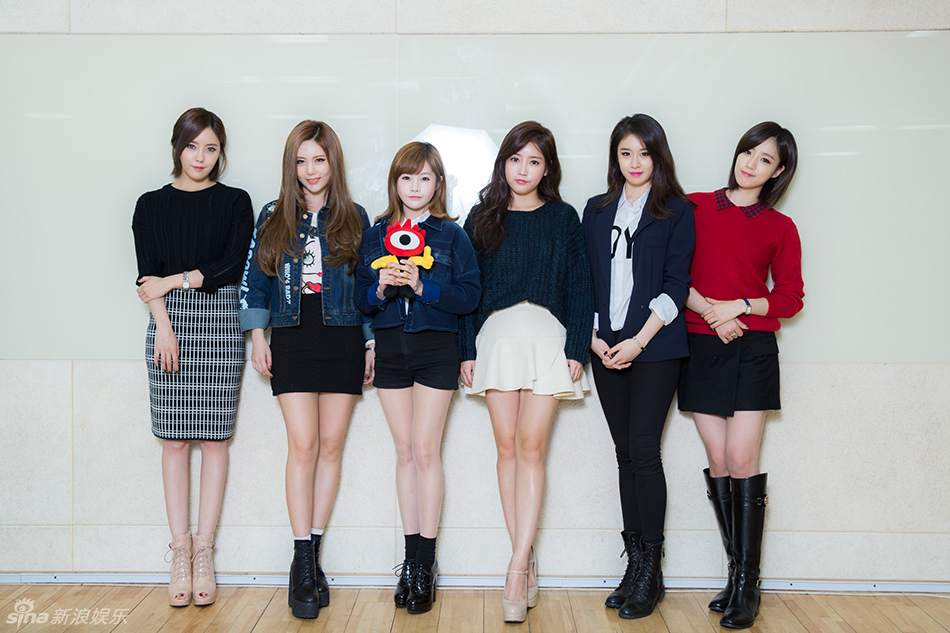 In light of the official announcement by MBK Entertainment and Longzhen Culture of T-ARA‘s venture into the Chinese music & entertainment industry, Chinese media outlets like Sohu, Sina, NetEase and even Tudou have stepped forward to interview our girls. All of the translations for these interviews can be downloaded at our Subbed Videos section, be sure to watch them for a better idea of their plans to expand in China!

The start of the interview consisted of general questions asking T-ARA about songs they like, what do they do in their free time, exercising regime, etc. The main crux of the interview was the question about T-ARA’s plans to release a Chinese album (with Mandarin songs of course). Soyeon mentioned that they will be releasing a Chinese album at some point and to show support for their upcoming China Tour in 2015.

The interview started off again with questions about their recently promoted album (which all of us are so familiar with already) and general questions about their lifestyle. What was interesting about this interview was that T-ARA was asked why they were known as a “chameleon girl group” in the sense that they are able to pull off so many different unique concepts. This is something that is worth mentioning and deserves merit just for the fact that the interviewer actually did some research on T-ARA’s background. T-ARA also mentioned that they will be appearing on various media like dramas, variety shows, CFs and even movies in China. Once again, they mentioned the China Tour that will be happening in 2015.

Before the interview even started, the video gives us a peek into what would be discussed: T-ARA is interested in working with Jackie Chan during their activities in China. Even though the interview is a tad short, the main things that us Queen’s want to hear are covered. Once again, the China Tour 2015 is mentioned by Hyomin and Soyeon tells us that all members in T-ARA will be making appearances on various media works but this time did not specify what types. Of course the most important part is all of them are getting exposure, which is the best for T-ARA. Boram told us that all of T-ARA members idolize Jackie Chan in some way and would be very happy and honored if they had the opportunity to work out something together with him. Let’s keep our fingers crossed shall we? Eunjung gave us a tease about “Little Apple“, telling us that they would be considering performing the original choreography on stage although the song will be remade.

The whole setting of their latest interview yet, with Net Ease is a rather informal and fun one. The interview did not cover much and seemed more like promoting the individual songs of their And&End album, apart from just “Sugar Free”. On a side note, Hyomin mentioned about Number 9, which is by far their most popular song in China, just by looking at how they maintained their first place on YinYueTai for as long as I can remember. Nevertheless, the end of the interview was a very short display of their Mandarin skills (still in the learning stages of course).

And there you have it, a short summary of each interview with influential Chinese media bodies, notably Sina and Tudou. What most important is that T-ARA keeps giving us a confirmation and also a bit of a promotion of their China Tour that will be happening in 2015, duration and exact commencement date still yet to be announced. Aside from the tour that would mainly comprise concerts and fan meets, they would be appearing on the Chinese television and the big screen. Expect to see T-ARA in various posters around China too since they would be having CFs as well. All in all, a big win for T-ARA in China, and hopefully would increase their popularity across Asia, and ultimately international presence. Of course we should never forget that this would contribute to their popularity and public recognition in Korea as well, inevitably. 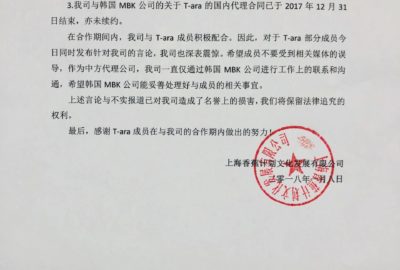 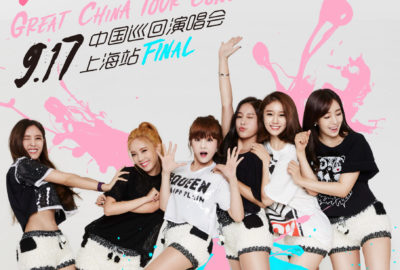