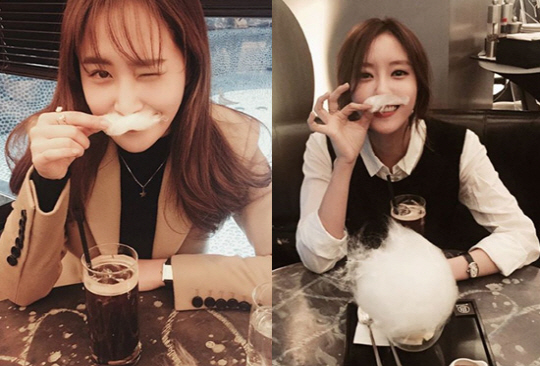 On the 11th, Hyomin and Yuri shared photos of each other on their Instagram title “Yulstagram” and “Park Sunyoungie” respectively.

Hyomin and Yuri showed off their innocent beauty, Yuri in particular offering the fans a wink that would make anyone’s heart flutter.

Yuri is currently starring in OCN’s drama series, Local Hero. Hyomin most recently appeared in T-ara’s own web drama, Sweet Temptation, and is as well preparing to make a solo comeback.