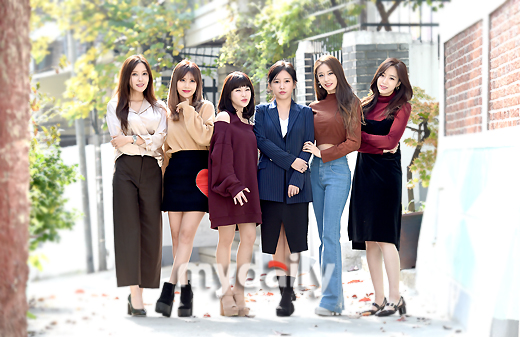 T-ara on their past and future, “even when wanting to throw the team away, it’s still precious to us.”

“Even if we hate, dislike and want to throw it away, it’s still the most precious and important to us.”

To the members, the meaning of the group ‘T-ara’ has no choice but to stay. In the past, it was tough because of different rumors but they arrived at this point because they managed to receive the public and fandom’s recognition and acknowledgement. Indeed, they are ‘loved and hated T-ara.’ As time passed, the bond between the members naturally got stronger and closer.

“When we first debuted, there were fights and struggles among the members too. But we would think, ‘I should just forget about it (and not take it to heart,)’ and treat it as the fights between close sisters. We would fight or quarrel in the morning but by lunch time, we’d naturally reconcile. It went on like this (over the years) and as we slowly became older, it seems that we get along with each other well. Now, we don’t even fight anymore.” (Hyomin)

There are already 3 members in T-ara who have hit the 30-year-old mark. Boram and Qri are 31 and Soyeon is 30 (Korean age). Hyomin and Eunjung are already in their late 20s. They’ve become an 8-year-old girl group who debuted in 2009.

“Excluding Jiyeon, we’re all 1 year apart from each other. That’s why once we hit 30, we won’t be able to have extraordinary transformations anymore. Instead of our own individual lives, we have always lived as members of T-ara so it’s hard for us transform. But when we were at our peak in Korea, the other idol groups who had activities with us in the past are no longer here. That is actually pretty sad. If we go to the broadcasting stations and meet our juniors, they really give us the entertainer feels. When we see GFriend or Twice, we’d be excited because they’re really pretty.” (Soyeon)

“We gathered among ourselves and set plans for our distant future and first of all, the members have the heart to stay together. We have to be contracted at an agency first or something. Nevertheless, if we do disband in the future, we still hope to be able to gather together sometime. It seems that the T-ara team can be expressed with the term “love and hate”. Even though we hate, dislike and sometimes want to throw it away, it’s still the most precious and important to us. You can say it’s like my everything.” (Hyomin)

T-ara on Kim Kwang Soo, “he is our immediate leader, we re-signed twice.”
Next
T-ara – TIAMO Fanchant (Romanized)