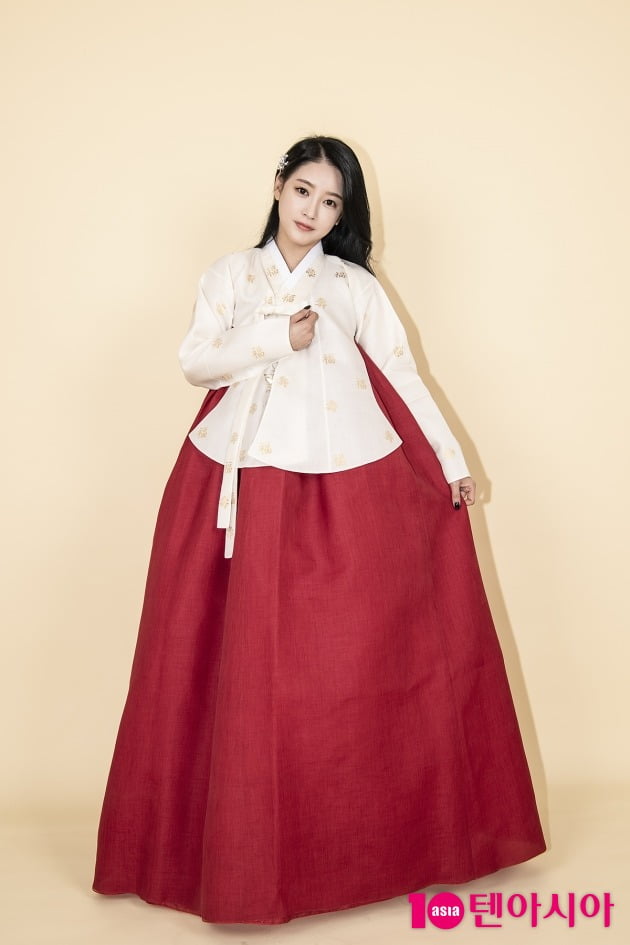 Dressed in a hanbok, 33 year old singer and actress Park Soyeon gave off a thick autumn scent. Soyeon, who we haven’t seen in a long time, said, “in the past, I’ve visited you wearing hanbok twice a year, recently, I got a good rest.”

“I’m preparing to show various and good activities for the many people who have been disappointed they could not see me,” said Soyeon, who has been resting for the past three year. “I’ll show you good music, feel-good entertainment with a good image,” she clenched her fist.

With a bright smile like a full moon, Soyeon said, “have a good, warm time with your family this Chuseok holiday.”

Soyeon received love calls from various agencies during her 3 year hiatus. She also heard news that the other T-ara members had found a new nest, making her feel impatient. It took a long time to reach a relationship with her current agency, Think Entertainment.

“Because the fans are waiting for me, I started thinking I had to find one soon. I met with various agencies. I’m thankful to them, they were good but it didn’t work out as well as I thought. While I struggled doing this or that on my own, I got sick. Then my current boss contacted me directly, I was hesitant at first. I thought a trot agency would want a trot singer. Do you know what my first words were at the meeting with the boss? It was ‘I can’t do trot,'” Soyeon laughed as she told the story. “The boss said he had no intentions for me to do trot. He has a deep affection for artists. That moved my heart.”

When asked why she didn’t want to do trot, she said, “it wasn’t that I didn’t want to do it, I couldn’t do it. Trot makes a lot of people happy. Sometimes it makes you cry. When I listen to trot, it touches my heart. I thought, ‘that’s not a genre I can pull off.'” 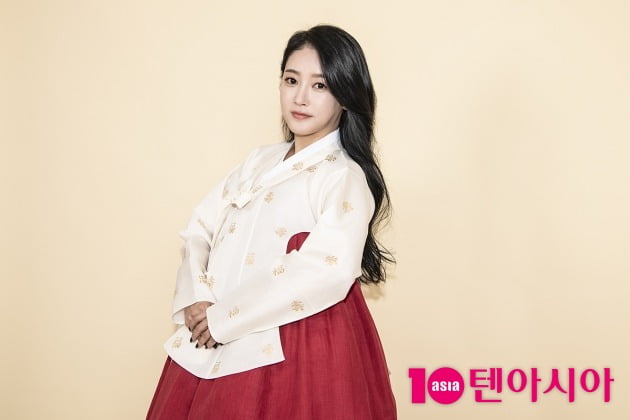 Then, what music would Soyeon want to do? As the main vocalist of T-ara with excellent signing ability, Soyeon pulled out a playlist from a music site on her cell phone and said, “I like hip-hop and pop a lot.”

“The person named Park Soyeon likes many genres of music. The music that I like and the music the public expects of me are different. If you ask me which one is right, I think it’s right to show what the people want from me. Oh, there is one thing. I don’t think I can dance on my own. Ha ha! I’ll leave that to the experts.”

Soyeon is preparing for a new album in October and when asked for a hint for her new song, she said, “a sad song for the spirit of autumn.” Also, she is planning to release songs in Chinese and Japanese for overseas fans.

“This is my first solo album. I am focusing on my first album because I believe there are still people who love my voice for the past 10 years. T-ara is very famous, you’ve seen me as T-ara’s Soyeon for a long time, now I want to show you a singer who is entirely Soyeon. I think now is the time. With careful concentration, I will show you a good image.”

Soyeon, who introduced trot singer Kim Hojoong as a cherished junior, said, “I am both thankful and sorry to Kim Hojoong. It wasn’t easy to get back to work after such a long break. I was able to easily get started with activities with Hojoong, who is loved. He is a really nice and good friend. He is doing his military service, I hope he’ll find time to relax and maintain his health.” Soyeon debuted as a lyricist through Kim Hojoong’s album ‘Our Family’. Soyeon said, “I wrote the lyrics targeting people in their 20s and 30s. It was great to participate and I’m grateful. Kim Hojoon’s ‘In Full Bloom’ is the first song I’ve written lyrics for. Hojoong isn’t limited to trot. I came up with ‘In Full Bloom’ because I wanted to show various charms. It’s fun and fits well, I thought young people would listen to it. I will be active as a lyricist in the future.”

Soyeon said she is trying to grow musically. She has the greed to someday produce an album for her juniors. She started studying with an interest in lyrics and composition as well. Soyeon said, “I want to participate as a producer on a junior’s album. Whenever I have free time these days, I study lyrics and composition,” and smiled. 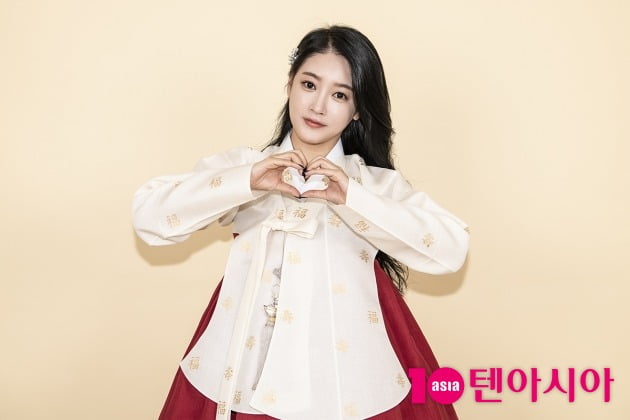 She told a story of a recent variety show. She is an MC on SBS Plus new variety program, ‘Partner’. “I’ve been an MC on an award ceremony but this is my first time as a variety MC. I like the purpose of the program. There are many competition programs these days, it feels a little different. It is a program where we work together with our voice and find hidden gems in our daily lives, not a fierce program competing in actual singing skills.”

Soyeon said, “I studied a lot as singer while on ‘Partner’, it was helpful. I think it’s a program with a good purpose, I was excited because the first recording was really fun.”

Soyeon said she wants to get closer to the viewers through activities including different entertainment programs. “Please look forward to Soyeon as an all-rounder entertainer. I’ll approach you as a friend.”

Not having been able to properly relax in the past 10 years, Soyeon found rest through a trip with her mother, her “best friend.” She spent 2 to 3 years travelling before the coronavirus outbreak. In her everyday life when she left home or went abroad, she came face to face with a part of herself she didn’t know, she enjoyed her free time through new experiences.

“I really liked Vienna, Austria. (The memory is) still vivid. I went to a lot of places before the coronavirus outbreak, so I have no regrets. I saw and felt many things while travelling Europe. I traveled a lot in Korea as well. There are so many good places in Korea too. I’ve lived without knowing that. I had a lot of rest while travelling with my mom, I had a good time.” 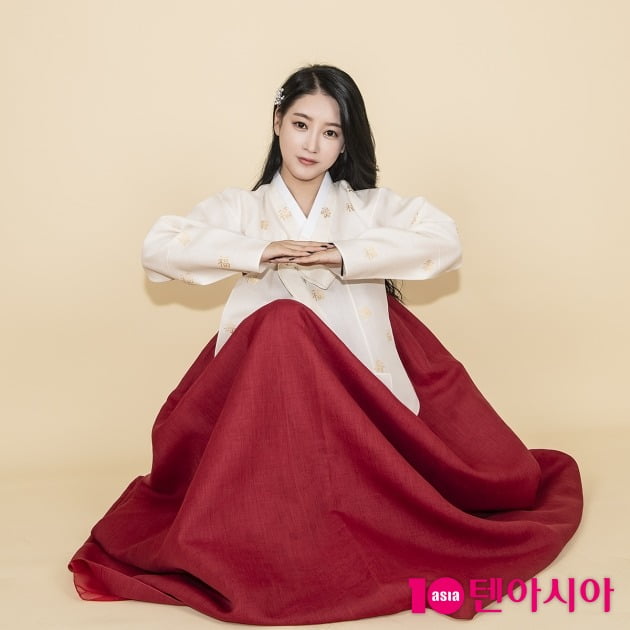 Soyeon, who is known as the stay at home type, said she spent all her time at home when she’s not travelling. She said her radius of activity doesn’t exceed 1 km from her house. “It’s a suitable personalty for the coronavirus, so it’s not hard to practice social distance,” she laughed. With her dog Totoro, she can’t tell how much time has passed at home. Soyeon is the happiest when spending time with Totoro.

Soyeon, who is known as the stay at home type, said she spent all her time at home when she’s not travelling. She said her radius of activity doesn’t exceed 1 km from her house. “It’s a suitable personalty for the coronavirus, so it’s not hard to practice social distancing,” she laughed. With her dog Totoro, she can’t tell how much time has passed at home. Soyeon is the happiest when spending time with Totoro.

“There was a time I felt emptiness while doing activities as T-ara for a while. It’s a job with a lot of scars and pain. At the time, I watched ‘Animal Farm’ and felt a sense of healing. There was a black Pekingese that appeared and I was very interested in that friend. So after asking around, I went to see the Pekingese. I sang and did aegyo in front of the owner’s grandmother and grandfather, and I said, ‘if you give him to me, I will raise him sincerely.’ So that friend we brought home is our youngest Totoro.”

As Soyeon became a chatterbox about her dog, the conversation naturally led to love and marriage. Soyeon who is an only daughter has spoken to her mother about this subject. “My mom wants to see me enjoy life and succeed in work. I don’t have to do it if I don’t want to.”

“My mom suggested I get married late. Ha ha. I somewhat agree. I have no thoughts in particular right now. Ah, it’s not that I want to stay single. Right now I’m in a state of mind to work a little more clearly. I want to meet a good person and start a happy family someday.”

When asked about ideal types, she thought for a while. “A person like Choi Soojong senior,” she replied. “He’s a family man and the representative devoted husband in the entertainment industry. I like people who know how to respect and love their family and wife. I think a man who loves me can lead my family in harmony.”

Jiyeon shows off chic maturity and high-end beauty for the cover of Mag & Jina, hints at future works
Next
Hyomin expected to release a new solo album at the end of the year with a “new image”